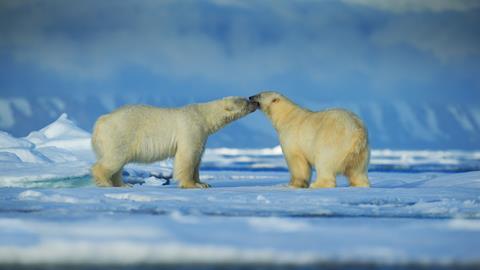 Male polar bears don’t have it easy. The Arctic ice shelf is vanishing and food is growing scarce. But now scientists are worried that exposure to toxic chemicals is causing osteoporosis in polar bears – which could result in their fragile penis bones snapping, making mating impossible.

Danish scientists have found that those polar bears exposed to the highest levels of persistent organic pollutants – including the pesticide DDT, fungicides and solvents – are more likely to have a condition called osteopenia, a precondition for osteoporosis. Bone strength decreases with age, so the researchers studied the penis bones of 349 polar bears in their prime – between three and nine years old. 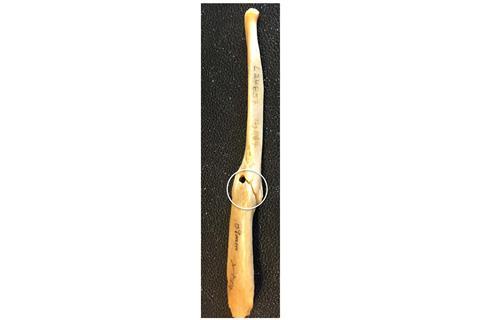 A healed fracture (circled) in a polar bear baculum

The researchers obtained the bones from bears that were legally killed in Inuit subsistence hunts between 1996 and 2015. Where available, they also looked at tissue samples from the dead bears to determine their exposure to pollutants.

By combining this data with measurements of persistent organic pollutants in different Arctic environments, the researchers found that bears living in East Greenland, the most polluted region of the Arctic, had an inflated risk of brittle bones. These bears had an average t-score, used as a measure of bone mineral density, of -1.44. Anything below -1 is defined as osteopenia.

‘This indicates that some bear populations are not just threatened by climate change but also are at risk because of pollution,’ says Christian Sonne, a veterinarian at the Arctic Research Centre at Aarhus University and co-author of the study. ‘It is affecting their sexual organs and maybe even their reproductive capacity.’

Polar bears only mate once a year, with the male often tracking the female for more than 100km and engaging in bloody battles with other males. The penis bone gives the male extra staying power for the ensuing week of frequent, frantic mating. But with osteopenia on the rise, Sonne fears these bones could break under the pressure, making male polar bears infertile. 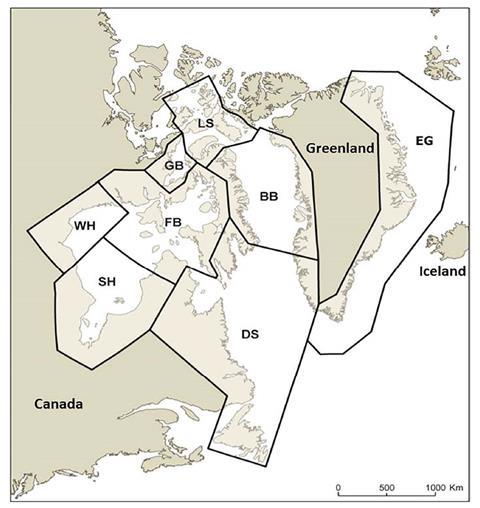 Levels of persistent organic pollutants were sampled from polar bears across Canada and Greenland. The higest levels of these chemicals were found in bears in East Greenland

Due to a lack of other food, the East Greenland bears have recently started to eat harp and hooded seals, two species that have high levels of these pollutants.

‘These persistent pollutants don’t break down and therefore accumulate at progressively higher levels at each [food chain] stage,’ says Jean-Pierre Desforges, an Arctic researcher also at Aarhus University, who was not involved in this study. ‘Since polar bears feed on other top predators, this makes them most susceptible to toxic accumulation.’