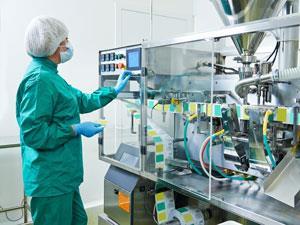 After a bogus version of its leukaemia drug bosutinib was supplied to researchers, Pfizer scientists have laid out how they check they have produced the right compound.1 At least 18 separate independent vendors were found to be supplying the incorrect compound in 2012, inspiring chemists at pharmaceutical giant Pfizer’s Groton, Connecticut, site to describe its analytical control work. They stress that only the correct bosutinib was ever produced by Pfizer, exploring how the bogus material should have been identified, and suggesting simple controls for researchers. ‘It is important that errors like this do not continue,’ says a Pfizer spokesperson, ‘as it pollutes the literature with erroneous data.’

However, this case reflects a worldwide problem, researchers and a supplier affected by the apparent fraud warn. Following this case, LC Laboratories in Woburn, Massachusetts, the first company identified selling bad bosutinib, has thoroughly reviewed the quality of the compounds it buys, says general manager Paul Driedger. Over a third of 600 batches tested did not match claimed purity standards, and over 5% are the wrong material, some due to ‘incompetent chemistry’ and some ‘outright fraudulent’. ‘We’ve bought material that was flour and had mealworms in it,’ Driedger reveals.

The bosutinib alarm was sounded by Nick Levinson, now at the University of Minnesota in the US, when he was working in chemist Steven Boxer’s group at Stanford University in California, US. They were about to publish a paper containing a ‘modest resolution’ x-ray crystal structure of bosutinib bound to its kinase target.2

The bogus bosutinib, which was sold by at least 18 commercial suppliers, features the wrong substitution on the aromatic ring

‘Nick noticed that a group in Oxford had put a structure of what was supposed to be bosutinib bound to another protein in the [Protein Data Bank],’ Boxer recalls. ‘This structure was somewhat better resolution and it appeared that the substituents on an aromatic ring were wrong.’

Concerned that the bosutinib used in their structure might also be incorrect, Boxer contacted the supplier, LC Laboratories, in December 2011 but was unable to get quality control information. He ultimately bought a more expensive sample sold by another vendor ‘under license from Pfizer’. It proved to be authentic, enabling Boxer and Levinson to confirm the other material as an isomer. Whereas bosutinib’s synthesis calls for 2,4-dichloro-5-methoxyaniline, the isomer used 3,5-dichloro-4-methoxyaniline.

In response to Boxer’s alert Driedger immediately ordered bosutinib from all commercial suppliers, finding at least 17 other companies affected – presumably all having bought it from the same source. LC Labs eventually offered every affected customer a refund or replacement, and also sought the error’s origin. After confirming all three published 2,4-dichloro-5-methoxyaniline syntheses make the correct isomer, Driedger concludes the switch was intentional. ‘My supposition is that because the 3,5-dichloro-4-methoxyaniline is cheaper a lab in China deliberately used the wrong isomer,’ he says.

Pfizer’s Karen Sutherland provided the company’s initial response at an American Chemical Society meeting in April 2013. Now, the company has provided additional data to ‘eliminate confusion’ and assure ‘that only the correct bosutinib structure was used for patients’. The Groton scientists show that the chromatographic methods they use to assess bosutinib’s purity during manufacturing would have easily differentiated the true compound from the isomer. They recommend that researchers and bosutinib sellers distinguish the correct compound from an isomer using simple and reliable infrared spectroscopy. They also explore even simpler melting point differentiation but note that solvents entrained in crystals cause melting points to vary, and so reported figures must be treated with care. ‘It is the responsibility of the scientist to ensure that the samples that they prepare are correctly characterised,’ Pfizer’s spokesperson emphasises. ‘We suggest characterisation by at least two orthogonal methods.’

Tim Yen from the Fox Chase Cancer Center in Philadelphia, US, welcomes the relatively simple tests. He also unknowingly used the ‘bosutinib isomer’ when screening kinase inhibitors to see if they could boost DNA-damaging cancer drugs. However, the mistake proved serendipitous as the bosutinib isomer is more potent.3 Nevertheless, Yen feels the methods Pfizer describes are more relevant to compound suppliers than groups like his. ‘They should bear a large proportion of the responsibility of authenticating the compounds that they sell,’ he says.

Driedger agrees that testing by buyers shouldn’t be necessary. However, thanks to proliferation of suppliers with ‘greater or lesser degrees of competence people have to worry a lot more about what’s in the bottle’. Most suppliers are in China, with his company knowing of 3000 Chinese vendors. ‘Biological researchers have no idea that’s the case,’ Driedger adds. ‘LC Labs understands which the good and bad ones are, but it makes no difference: every bottle has to be tested rigorously.’ He’s worried that formulators in countries with weaker regulatory environments will buy incorrect active pharmaceutical ingredients like the bosutinib isomer from China and sell them to patients.

Pfizer stresses that in some cases researchers can minimise the risks by buying drugs made directly by their developers. ‘Pfizer and other pharma companies have been making authentic research compounds available through Sigma–Aldrich,’ the spokesperson says.

Yet Boxer has similar concerns to Driedger, saying that the events were ‘on the one hand a big waste of time and effort, on the other – hopefully – a warning to the research community’. ‘Most vendors are just distributors with limited quality control. Buyer beware.’