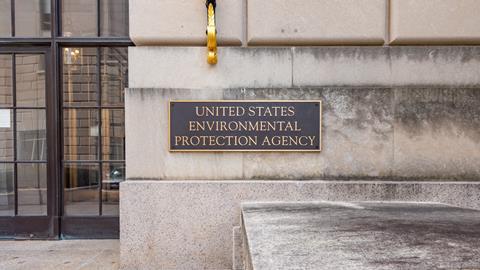 President Biden has announced his nomination of physical chemist Michal Freedhoff to lead the chemical safety and pollution prevention office at the US Environmental Protection Agency (EPA). She currently serves as acting head of that office, which implements the Toxic Substances Control Act (TSCA), evaluating new as well as existing chemicals and their risks. The Senate must confirm Freedhoff’s nomination before she can assume the post.

After earning a PhD in physical chemistry from the University of Rochester in 1995, Freedhoff began her political career working for Democratic congressman Ed Markey as a congressional science and engineering fellow in 1996. She has spent over two decades working in government. Her most recent position on Capitol Hill was minority director of oversight for the Senate environment and public works (EPW) committee in early 2017. Previously, Freedhoff served as a staffer on the House of Representative’s science committee, select committee on energy independence and global warming, energy and commerce committee, and natural resources committee.

The major legislative issues with which she has been involved include helping to lead the charge to reauthorise TSCA during former President Obama’s administration in 2016, which overhauled that major US chemicals law that had been around for more than 40 years. Freedhoff also helped champion a bill that sought to regulate per- and polyfluoroalkyl substances (PFAS) in 2019.

‘It’s hard to imagine a better person for this role – Michal has a relentless spirit and tenacious work ethic that is rivalled by few,’ added senator Tom Carpenter, who chairs the Senate EPW committee. Freedhoff ‘worked tirelessly’ for bipartisan solutions to protect the environment and public health during her time working for Congress, he said.

Beyond her focus on revamping TSCA and regulating PFAS, Freedhoff has also publicly spoken out against political interference in policymaking at science agencies such as the EPA, encouraging employees to report them.