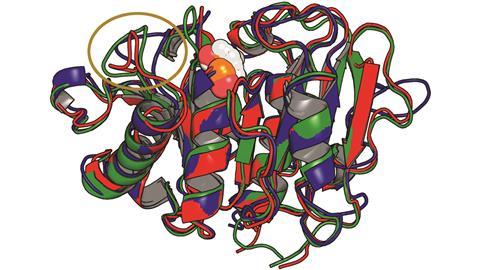 A team of European researchers has demonstrated what they describe to be the first ‘fully renewable’ synthesis of polyesters.

Some estimates suggest that by 2050, global demand for plastics and polymers will quadruple to around one billion tons per year. However, the petrochemicals currently used in plastic production carry significant cost and environmental impact.

Now, a team lead by Lucia Gardossi of the University of Trieste, Italy, has produced renewable polyesters via an enzyme-catalysed polycondensation. The researchers paid particular attention to sustainability in every aspect of the procedure.

‘As raw materials, we selected bio-based monomers that can be produced by the microbial fermentation of sugars,’ explains Gardossi. ‘For catalysing the polymerisation we used enzymes, biodegradable proteins, anchored on particles of rice husk – a residue of rice processing,’ she adds.

In addition to using renewable starting materials and catalysts, the team eliminated the need for solvents and were able to perform the reactions at just 50°C – significantly lower than the temperatures in excess of 150°C that are often used in metal catalysed polymerisations.

Gardossi’s team selected the Thermobifida cellulosilytica (Thc_cut1, see above) enzyme, which converts adipic acid and 1,4-butanediol into polyester, after an in-depth computational study. ‘For the rational selection of the enzymes we used novel bioinformatics methods and the enzymatic process was optimised through a multivariate statistical approach,’ says Gardossi.

Thomas Farmer, an expert in sustainable chemistry based at the University of York, UK, lauds the ‘holistic approach’ Gardossi’s team has taken, noting that researchers often solely focus on single aspects of a process when trying to improve a synthetic procedure’s green credentials. ‘As the research included the use of bioderivable monomers and solvent-less conditions, it represents an excellent example of how green chemistry can be applied to all aspects of a process,’ he says, adding that, ‘efforts like this will lead to truly sustainable polymers of the future’.