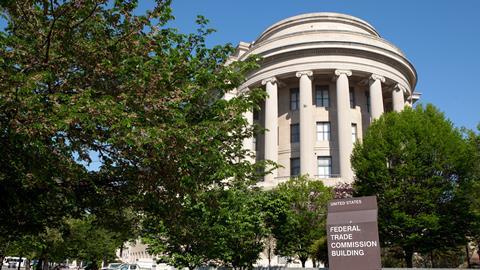 The publisher and conference organiser OMICS Group has been ordered by a federal court in the US to pay $50.1 million (£38.3 million) to the Federal Trade Commission (FTC) for deceptive and predatory publishing activities.

In 2016 the FTC brought charges against the company, along with its founder Srinubabu Gedela and two affiliated companies – iMedPub and Conference Series – alleging they had deceived thousands of researchers with claims about their journals and conferences. The complaint said that in order to lure academics into submitting articles to thousands of online open access publications, OMICS falsely claimed they were peer-reviewed and that they were listed in reputable databases such as PubMed. The companies also used the names of prominent researchers as journal editors or conference speakers without their permission. There have been recent warnings that predatory conference promotors are becoming better organised.

OMICS was further accused of hiding the costs of publishing until after authors had submitted work, at which point they would demand hefty publication fees and refuse to allow submitted papers to be withdrawn, preventing them from being published elsewhere.

The FTC arrived at the $50.1 million figure by calculating the total amount of revenue Gedela and his companies made between 2011 and 2017, and subtracting the amount they had paid in refunds to get an estimate for the amount customers had lost during that period. ‘These publishing companies lied about their academic journals and took millions of dollars from aspiring researchers and writers,’ said Andrew Smith, director of the FTC’s bureau of consumer protection, in a statement. ‘We’re pleased with the court’s strong order holding these companies and its owner responsible for the damage they caused.’

As well as the fine, the court has granted an injunction against Gedela and his companies, prohibiting them from misrepresenting their journals and conferences, and requiring them to clearly disclose the costs of submitting and publishing. ‘Defendants did not participate in an isolated, discrete incident of deceptive publishing, but rather sustained and continuous conduct over the course of years,’ the judgement said. ‘An injunction is therefore necessary to prevent future misconduct and protect the public interest.’

Jeffrey Beall, a former librarian at the University of Colorado Denver in the US who has railed against the scourge of predatory publishers, says the judgement against OMICS is ‘wonderful news’. ‘OMICS has poisoned scholarly publishing, cheating and victimising thousands of researchers worldwide,’ he tells Chemistry World. Beall, who curated a list of predatory publishers that came to be known as ‘Beall’s list’, says, however, that predatory publishers continue to corrupt scientific integrity around the world with bogus journals and conferences. ‘The scholarly publishing industry itself is part of the problem. It has failed to self-regulate, and this has allowed hundreds of predatory publishers to expand and exploit researchers,’ he says. Publishing support companies, he points out, have sold products such as journal management software to OMICS, which it uses to make itself appear legitimate. ‘I hope that government regulatory bodies continue to pick up where the scholarly publishing industry and open access advocates have failed,’ Beall adds.