Everyone agrees that predatory journals are a bad thing. But these crafty carnivores of modern publishing are not always easy to identify. Many of them use spam e-mails to tempt authors to submit their papers – hence the nickname – and exploit the open access model that charges authors to publish their work. Their key characteristic, though, is that despite promising a respectable home for research findings, they tend to have no meaningful peer review or editorial oversight of papers. Not every paper published in these journals is junk but you do have to wade through an awful lot of rubbish science to find anything worthwhile. 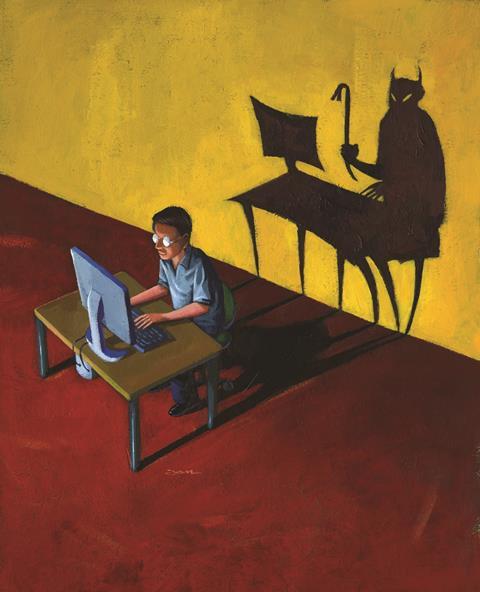 These journals are thriving. According to one survey, about 8000 predatory journals published an estimated 420,000 papers in 2014, up from 53,000 papers in 2010. That undermines science in many different ways. Aside from their lousy quality control, these journals typically have poorly maintained archives and are rarely indexed in the usual scientific databases, so the research effectively becomes invisible. Conversely, extremely poor papers garner an unwarranted sheen of credibility, which may give authors an unfair career advantage whenever these citations appear on their CVs, grant applications or tenure submissions.

Tackling this problem will take concerted efforts at all levels of science, from researchers and universities to funders and legitimate publishers. Fortunately, a team led by David Moher, a clinical epidemiologist at the Ottawa Hospital Research Institute in Canada, has just produced a handy checklist of actions that could help to kill off predatory journals by starving them of their content.

If we read, we can kill it

First and foremost, researchers must learn to identify these journals so that they can avoid submitting papers to them. Although Jeffrey Beall, a librarian at the University of Colorado in Denver, US, maintained a blacklist of suspected predatory publishers, the criteria he used are not particularly transparent, and some researchers argue that legitimate journals have been caught in his net.

Moher has produced a list of 13 key characteristics that scientists can use to pick out the predators for themselves. For example, predatory journals’ websites often contain spelling or grammatical errors, offer sketchy information about how papers will be handled and archived and may invite submissions to Yahoo or Gmail addresses. Similar common-sense assessments are promoted by the Think Check Submit campaign. Researchers can also check that a journal is listed on the independently verified Directory of Open Access Journals.

Moher suggests that learned societies and universities could provide researchers with more detailed information about predatory journals through seminars and other forms of training. Legitimate publishers must also work harder to distinguish themselves from the predators by offering more transparency about their editorial processes and quality control mechanisms. And funders should do more to dissuade researchers from feeding the predators. In November, for example, the US National Institutes of Health asked grantees to ensure that they send their results to reputable journals. More agencies should follow suit.

In an earlier survey of almost 2000 biomedical articles in predatory journals, Moher found that these studies frequently lacked basic information needed to assess their validity. For example, more than 90% of those describing randomised clinical trials failed to explain how patients were put in different treatment groups. That should worry medical regulators and patient groups, who have a clear interest in ensuring that such research undergoes rigorous peer review. They, too, should insist that clinical studies are disseminated in legitimate journals.

Get to the regulator

Over the past few years, a number of ‘stings’ have revealed the extent of the predators’ shoddy practices (see Chemistry World, December 2017, p72). In 2013, for example, a journalist at Science submitted hundreds of fake papers containing obvious scientific flaws to suspected predatory journals. More than half of the journals accepted the papers, mostly with no noticeable peer review.

Over the past few years, a number of ‘stings’ have revealed the extent of the predators’ shoddy practices. In 2013, for example, a journalist at Science submitted hundreds of fake papers containing obvious scientific flaws to suspected predatory journals. More than half of the journals accepted the papers, mostly with no noticeable peer review.

But predatory publishing is more than mere incompetence. The Federal Trade Commission (FTC), the US consumer protection agency, recently won a preliminary injunction against OMICS Group and its affiliates, which publish more than 700 dubious open access journals. The FTC argued that OMICS falsely promised rigorous peer review, falsely claimed that its journals’ editorial boards were stuffed with prominent academics and failed to disclose its publishing fees. The injunction prohibits OMICS from continuing to make these misrepresentations; it remains to be seen what impact that has on the journals’ activities.

In August 2017, an investigation by Bloomberg Businessweek found that Pfizer, AstraZeneca and many other big pharma companies had all published in OMICS journals. Yet relatively little is known about what motivates researchers to submit papers to predators. Some are certainly unwitting victims, while others may be deliberately seeking out journals with a very low bar to entry or even trying to hide the work. It is also possible that funding systems designed to reward researchers for the quantity of papers they publish could be inadvertently encouraging this behaviour.

We clearly need more comprehensive surveys to determine exactly what persuades researchers to publish in these junk journals. Guidelines can certainly help the unwary to avoid becoming prey. But we also need a deeper understanding of what drives some researchers to embrace the predators, if we are to tackle what is rapidly becoming a quality-control crisis in academic publishing.

This article was updated on 12 January 2018 to reflect the fact that Jeffrey Beall no longer maintains the list of predatory publishers. The list is now maintained by an anonymous operator.