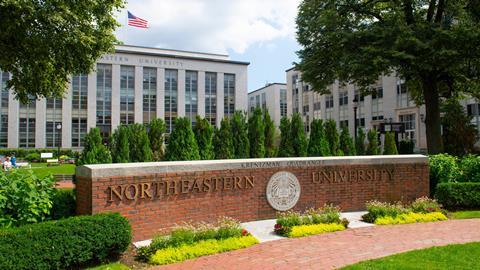 A high-profile chemical engineer and nanomedicine professor at Northeastern University in Boston, Massachusetts, has left his position after dozens of his studies came under scrutiny online.

Thomas Webster, who has published hundreds of research papers that have collectively attracted tens of thousands of citations and is a former president of the Society for Biomaterials, is no longer based at Northeastern University, where he worked since 2012, a spokesperson for the institution told Chemistry World. But the spokesperson declined to comment further, noting that the institution ‘does not comment on specific personnel matters’.

The move comes in light of recent scrutiny of Webster’s work, which has led to 69 studies co-authored by him being flagged on PubPeer, a website that allows commenters to discuss scientific articles after they are published.

Microbiologist-turned-science-integrity expert Elisabeth Bik is one of the researchers who uncovered the unusual patterns in Webster’s studies. ‘Most of these papers have been flagged for image irregularities, and most of these have been flagged by me, but some other PubPeer users have found and posted additional problems,’ she says.

Bik adds that she pointed out most of the studies in question to the journals that published the work and Northeastern University in March 2020. ‘It often can take years for journals and institutions to respond, and I have to applaud the university for taking action in a relatively fast way,’ she says. ‘But so far the journals involved in this case have not been responsive.’

Bik noted on her blog that, so far, eight out of the 69 papers under scrutiny have been corrected by journals, and none have been retracted. ‘Many of the papers flagged on PubPeer have been published in journals where Webster is on the editorial board, which is a big conflict of interest in case concerns are raised with those papers,’ she notes.

According to Bik, Webster’s lab has been suspended since November. Webster is also no longer listed as the editor-in-chief of the International Journal of Nanomedicine – a journal he founded and one that published some of the papers being questioned. The journal has not yet issued any corrections after the alleged image problems were pointed out.

‘Now that the university appears to have reached a conclusion,’ Bik says, ‘I hope they will follow up to ensure these papers are appropriately addressed with corrections and retractions.’

1 September 2021: Thomas Webster provided a response to this article as follows: