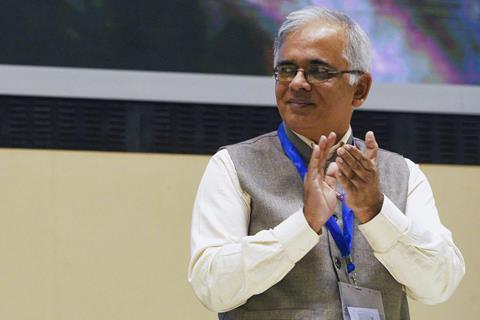 The director general of India’s Council of Scientific and Industrial Research, Shekhar Mande, is heading the investigation into allegations of image manipulation

Officials at India’s Council of Scientific and Industrial Research (CSIR) are investigating allegations of image manipulation affecting more than 100 papers by researchers at the Indian Institute of Toxicology Research (IITR) in Lucknow.

The papers include around 70 that were flagged on the site PubPeer, where contributors pointed out numerous images or data visualisations that appear to have been duplicated, altered or otherwise manipulated to distort the results.

The CSIR’s director general Shekhar Mande says the misconduct allegations are limited to ‘one or a very small number of individuals’ and that a panel was appointed to investigate as soon as the CSIR became aware of them. ‘Strong disciplinary action will be taken against anyone found guilty of misconduct,’ he tells Chemistry World. However, he could not confirm how long the investigation would take – only that the committee was working to a ‘well-defined timeline’ – or exactly how many papers were involved. The Hindu newspaper has reported that there are as many as 130.

Around 40 of the papers posted on PubPeer listed one of IITR’s chief scientists, Yogeshwer Shukla, as an author. Shukla has published numerous papers on how compounds from plants such as pineapple, ginger and grapes can attack cancer cells.

Research integrity consultant Elisabeth Bik spotted several suspect images in Shukla’s papers after a tip-off from a researcher, and has posted some of these findings on Twitter. ‘The images on Pubpeer are photographic images, such as Western blots or microscopy,’ says Bik. ‘We flag duplicated areas, or an overlap between two microscopy photos that are supposed to represent different experiments, or duplicated cells or bands within the same photo.’

Can you spot what is wrong with this photo?
Figure shows expression of different liver enzymes (in rows) and different animal treatments (in columns). pic.twitter.com/uMInhA4qYk

Having scanned thousands of papers, suspect images stand out for Bik. ‘However, they must be fairly hard to spot for others, because all these papers have been seen by peer reviewers, editors and readers, and none of them spotted the problematic images before,’ she says.

Bik adds that those reviewing papers prior to publication need to be more aware of manipulated images. ‘There are good tools, used by many publishers, to screen for plagiarism but tools to detect image duplications are still in development.’

Physicist Kasturi Lal Chopra, a former director of the Indian Institute of Technology in Kharagpur who now runs a blog called Vigilant Scientist, says image manipulation is a problem that appears to be getting more common in India. ‘In the case of life sciences, massaging images or figures to alter specific features, intentionally altering or highlighting specific aspects of images to make fraudulent claims for the sake of earning the credit of yet another publication is now becoming a common feature,’ he says. ‘As to why? The answer is simple: to get fast academic degrees, placements, promotions, rewards, awards and research funds in a highly competitive academic environment, such as we have in India.’

He says that the launch of an investigation into image manipulation at IITR is ‘very serious and shocking’, and adds that it will be important for those carrying out the CSIR investigation to be impartial. Some of the individuals caught up in the allegations are high profile scientists. The current director of the IITR – Alok Dhawan – is linked to 10 papers flagged on PubPeer.

‘It requires a brave and courageous head of the institution to acknowledge the scientific crime publicly and to punish the guilty irrespective of their position,’ Chopra says. ‘We do hope the present director general will have the nerves to punish his colleagues and set a good example. We feel this is the only way to discourage such unethical practices in scientific R&D, which tarnish the image and respect of good research institutions.’

Mande himself warns about leaping to conclusions about science in India based solely on the IITR allegations. ‘Researchers on social media have tended to generalise the issues on misconduct,’ he says. ‘A few bad cases should not be seen as a systemic problem with the entire Indian scientific community. The fundamentals of scientific ethics in India are exceptionally strong, and most practising scientists are aware of them.’

A recent study of retracted chemistry and materials science papers, meanwhile, suggests authors in India are overrepresented in retractions, which were found to be more often due to misconduct than honest mistakes.