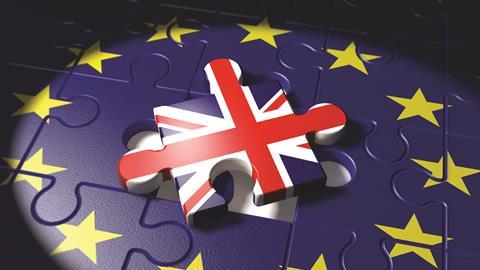 Fears for funding, students and recruitment of star talent

‘If I was 40, in the middle of my career as a scientist in the UK, I would be looking for the quickest way to get out of the country.’ So says Fraser Stoddart, 2016 chemistry Nobel laureate. While his verdict on the consequences of Brexit for UK research is bleaker and blunter than others, he is certainly not alone. As the prospect of a ‘hard’ Brexit looks increasingly likely, the mood in the science community can best be described as downbeat and worried.

While the UK remains in the EU, the government has guaranteed that EU students will still receive student loans, and funding in EU research programmes such Horizon 2020 will continue. But in a ‘hard’ Brexit, the UK would probably give up full access to the single market, make new trade deals and move to curb European migration as quickly as possible. This leaves a big question mark over access to research funding, employment rights for EU academics working in the UK and, of course, the free movement of students.

It’s not just EU students that may face restrictions, the government has indicated that it could cut international student numbers in a wider bid to reduce net migration to the tens of thousands. But it has stated that it will not change its policy of including overseas students in net migration figures, even though some senior members of government such as Home Secretary Amber Rudd and the Chancellor Philip Hammond are thought to favour excluding them.

Even if the government throws hundreds of millions of pounds at research, it is not about money – it is about people

At the Conservative party conference in October, Rudd announced a consultation on medium-term reform of ‘study route’ immigration with the idea of tailoring student visas to the ‘quality’ of course and the ‘quality’ of the educational institution. This has caused consternation in universities. As Nicola Dandridge, chief executive of Universities UK, points out, international students ensure the sustainability of many courses, supply high-level graduate skills and make a £7 billion contribution to the UK economy.

‘The flow of ideas and skilled people between countries is integral to 21st century science and innovation,’ says chief executive of the Royal Society of Chemistry, Robert Parker. ‘Any future arrangement that makes it difficult or off-putting for scientists to travel to and from the UK will inevitably have a negative impact on the kind of mobility and collaboration that international science needs.’

Stoddart, who now works at Northwestern University in the US, agrees. ‘Before Brexit, a professor of chemistry in a UK department could pick researchers from a pool of 500 million people [from the EU] and bring them into the UK quickly with little bureaucracy. The UK was a hugely attractive place to do research. The country was heading in a positive direction, and getting better and better as a result of its open-door policy. Now this positive trend has been brought to a halt.’

Stoddart says his success was based on collaborations and talent brought in from Europe early on in his career. He was one of the first to offer opportunities to researchers from continental Europe and, in 1984, he employed Italian researcher Franz Kohnke, who transformed his research group at the University of Sheffield. ‘Gradually, as people came in from all around the world, it changed the culture of our lab and there was enrichment all round. When I moved to the University of Birmingham in 1990, two-thirds of my group were from continental Europe with a few Americans.’

There is no doubt in Stoddart’s mind that Brexit goes against the whole global culture of science. ‘It is bad for the UK, bad for Europe and bad for the rest of the world,’ he states. And the damage to the UK’s research base has already started. He knows of the head of a major chemistry department in the UK whose efforts to get a world leader ‘back into the fold’ halted overnight. ‘I have heard of at least one senior eminent chemist who is taking up a post in Australia.’

Mark Wilson, head of the department of chemistry at the University of Durham, is also worried about a potential brain drain. ‘Many EU and overseas nationals who work at the university are worried about their future jobs in the UK. Some are considering whether the UK is the right place to do science.’

Wilson reports that UK researchers are starting to be excluded from funding applications for EU networks. ‘Instead of strengthening the network, people worry that UK involvement now weakens it. Some foreign researchers still hope that Brexit can be reversed but we have to tell them that this is not very likely.’

In Alison Rodger’s experience, the scientific community remains completely bemused by the Brexit decision. As head of the chemistry department at the University of Warwick, she, too, is seeing signs of damage to research collaborations. Some of her colleagues have been rejected by European collaborators and a number have been ‘uninvited’ from EU consortia.

Rob Davidson is co-founder of the campaign group Scientists for EU, which has been monitoring the research community post-referendum. He has plenty of evidence of Brexit fall-out. One researcher recounted how he had received only three EU applicants out of over 50 for a prestigious postdoctoral position. Previously, EU researchers made up around 40% of applicants for similar posts.

Scientists for EU has found that some researchers have already left the UK because they are concerned about the future of the country’s science outside the EU’s world-leading networks. Many say they’ve been removed from grant-writing consortia or demoted from leading those bids because of fear it might influence the funding board – even if only subconsciously. ‘There is no question of discrimination or vindictiveness at this stage, it’s just that science is planned many years in advance.’ Davidson also says that around 10% of researchers that contacted the group to give evidence on Brexit have experienced xenophobia or feel it is a concern.

As well as people and collaborations, funding is a massive worry. Rodger says she can’t quantify the impact yet, but is very concerned given that the EU is her department’s largest single funder. Wilson is also preparing for hard times. ‘There is little confidence that the funding gap might be plugged by the UK government.’ Davidson agrees. ‘The Chancellor promised to underwrite any funding up to the end of Brexit negotiations,’ he says. ‘There was never going to be any extra cash for anyone.’

Meanwhile, Stoddart sees no way ‘to patch this mess up’ and is clearly greatly saddened at the ‘unbelievably crazy’ path the UK is on. ‘Even if the government throws hundreds of millions of pounds at research, it is not about money – it is about people.’