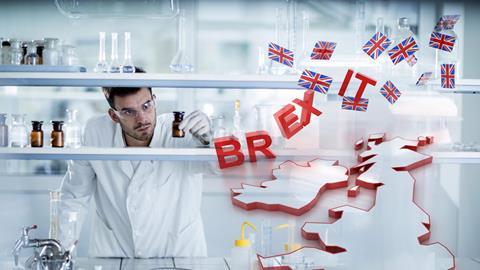 The prolonged delay in solid reassurances from the UK government is having a ‘corrosive effect’ on the science base and could affect the long-term health of the economy, warns a report by the House of Lords science and technology committee. Echoing the House of Commons science and technology committee last November, it recommends bold action to ensure the UK maintains its prominent position in global science.

One of the report’s key messages is that the UK must not only allow talented scientists to work here, it must attract them. ‘The UK’s outstanding reputation and performance in the scientific world depends critically on redoubling efforts to persuade many of the world’s most talented scientists to pursue careers in this country,’ says the chairman of the committee, John Palmer. ‘It is vital the UK is still seen as open to scientific talent; the government has the ability to send this message to the scientific community enabling us to become world leaders after Brexit and beyond.’

The report suggests the government should ask the National Academies and the new UK Research and Innovation (UKRI) ‘to search the world’ for outstanding scientific leaders, and attract them with ‘compelling offers’ of research funding for their first 10 years and support for their immediate families as they settle in the UK. Such high profile figures often attract further funding and talent. The report also recommends that the government should publish annual surveys assessing the country’s reputation as a destination to pursue a scientific career.

Freedom of movement is a key issue. The committee maintains that the government should distinguish between students and other immigrants in the immigration statistics and the net migration target. Student numbers should also be treated separately for immigration policy making purposes.

Other recommendations include identifying opportunities to host at least one new international research facility in partnership with governments or research funders from other countries. Recalculating the science and research budget to compensate fully for any reduction of funding from the EU is another.

Response to the report has been muted. The campaign group Scientists for the EU says the committee have done their best to create a ‘report of opportunities’ when faced with the vast majority of evidence offering very few positives. But, despite the claim that this is ‘a time for boldness’, the report is uninspiring, containing little detail beyond platitudes, comments Mike Galsworthy, co-founder of Scientists for EU. ‘This current text provides a few additional, but not deeply explored, ideas.’ The House of Commons report was much stronger, he adds. A particular criticism is that there is ‘a painful dearth of intellectual exploration’ into the nature of any agreement the UK will establish with the EU. However, he supports the report’s calls for removal of international students from immigration targets, but acknowledges that there is little hope for change when the prime minister’s views remain unchanged.