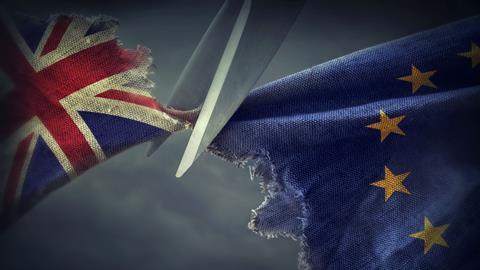 ‘We are ambitious for Britain to become the global go-to place for scientists, innovators and tech investors,’ prime minister Theresa May told business leaders at the Confederation of British Industry (CBI) today. ‘We will continue to welcome the brightest and the best – but can only do so by bringing immigration down to sustainable levels overall so we maintain public faith in the system.’ She also pledged to raise real-terms spending on R&D by £2 billion a year by 2020 (see box), pre-empting the Autumn Statement expected on Wednesday.

May’s speech comes days after MPs on the House of Commons science and technology committee called for bolder and more positive action from the government to reassure the scientific community in the wake of Brexit. In a report published on Friday, they urged the government to tell EU scientists working in the UK they are free to stay.

The committee also demands science is given a ‘strong voice’ in Brexit negotiations, arguing that the new Department for Exiting the European Union (DExEU) should urgently appoint a chief scientific adviser. ‘We are not convinced that the needs of science and research are at the heart of DExEU’s thinking and planning for Brexit,’ says chair of the committee Stephen Metcalfe MP. ‘The concerns and needs of our world class research establishments and scientists working in the UK must be heard at the negotiating table.’

The report stresses the importance of an inspiring ‘vision’ for science – communicated effectively. The government’s strategy for communicating its messages and its plans should be much more than ‘a collection of high-level meetings and speeches’ within the UK. ‘The government has provided some helpful and welcome short-term reassurances for the science community – on funding for research and access to student loans – but it needs to do more to make sure its message gets through,’ Metcalfe adds.

Nicola Dandridge, chief executive of Universities UK, supports the MPs call for assurances for EU staff. ‘If universities are to thrive following the UK’s exit from the EU, it is essential that staff and students from across the world can come to the UK without unnecessary administrative burdens,’ she says. She also welcomes the report’s recommendation to appoint a chief scientific adviser to the DExEU to ensure that the implications of Brexit are adequately reflected in the government’s plans.

The trade union Prospect, which represents workers in scientific fields, also backs the call to guarantee the rights of EU nationals working in science and research in the UK. ‘A guarantee is a clear and immediate priority,’ comments Sue Ferns, Prospect deputy general secretary. She also agrees that to set out a positive vision for science, the government needs to go much further than just saying ‘Britain is open for business’.

Campaign group Scientists for EU applauds the report’s demands. Mike Galsworthy, the group’s co-founder, says: ‘[The committee’s] report has broken through and addresses the path forward with clarity. Importantly, it addresses the soul of UK science moving forward. The world needs to see us with a big, bold science plan that embraces the world, strengthens our continent and welcomes in the global talent.’ Co-founder Rob Davidson backs him up. ‘The government must do more if it is to stem the brain drain that has already started. The committee’s suggestions of immediate funding, holistic messaging and greater representation should be taken as top priorities by our Brexit leaders.’

Although the UK has world-beating universities and the highest research productivity of the top science nations, it is poor at commercialising ideas, not strong enough in science, technology, engineering and maths, and needs to improve its technical education, May told the CBI meeting.

Her plans for the R&D community include investing an extra £2 billion a year by the end of this parliament and a new Industrial Strategy Challenge Fund to direct some of this investment into a number of priority technologies, such as biotechnology and robotics. She also plans to review the support innovative firms receive through the tax system. Also on the cards is a review – led by the Treasury – to examine long-term investment into innovative firms, which will be chaired by Damon Buffini, a former private equity business leader and governor of the Wellcome Trust.

Sarah Main, director of the Campaign for Science and Engineering is impressed. ‘The prime minister’s commitment to make our strength in science and innovation the cornerstone of the UK’s future couldn’t be clearer,’ she said. ‘Where previous industrial strategies have floundered by failing to fully engage industry or provide necessary resource, it seems that this time industry and government are ready to work hand-in-hand. Here is an industrial strategy backed by industry and backed by government with a strategic fund to deliver its aims.’