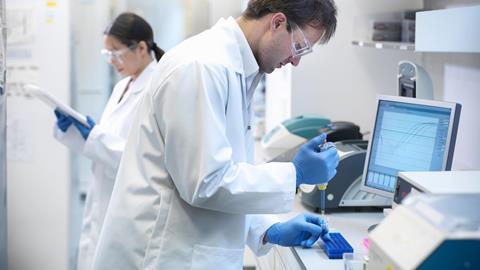 UK scientists working in other EU nations appear to be overwhelmingly opposed to Brexit. Nevertheless, most believe that Brexit would have little impact on them personally and that a post-Brexit EU would most likely leave the door open for them to work on the continent.

Previously vague plans for Brexit came into sharper focus last week when UK prime minister Theresa May announced in a major speech her support for a so-called ‘hard Brexit’ – meaning a total political break with the EU. The reaction from the European science community was swift and mostly negative, a sentiment shared by British citizen Russell Cox, director of the Centre of Biomolecular Drug Research at Leibniz Universität Hannover in Germany. ‘Lack of collaboration will slowly strangle UK science,’ says Cox. ‘There are no small players in international science anymore.’

But on a personal level Cox, who previously was at the University of Bristol and has worked in Germany since 2013, says he protected in Germany should the UK end up leaving the EU. ‘I’m better off [in Germany] both professionally and personally.’

Although Cox believes Brexit would have a negative effect on UK science, he does not expect British scientists who already work in other EU nations to be affected or those who, in future, might leave the UK for Germany or other EU nations. ‘I don’t think the UK leaving the EU will make it harder for me or others to hire British citizens,’ he says. ‘I hire people from all over the world and Germany does not make this in any way difficult. I contrast this with how hard it was in my British university to hire overseas postdocs. We had a quota for work permits every month for non-EU people. Nothing similar exists here.’

Cox describes his scientific environment in Hannover as ‘excellent’, reciting a list of positives that include varied and generous funding streams, strong support and collaboration with industry, and tuition-free universities which attract ‘highly qualified PhD students from around the world’. He adds: ‘Contrary to popular belief the administrative burden is low – certainly much lower than at my UK university and so I can devote more time to research and teaching.’

Ian Cousins, a British citizen and a professor in the department of environmental science and analytical chemistry at Stockholm University, says British researchers with permanent positions in other EU nations would not lose their jobs should the UK end up cutting political ties. ‘I don’t believe it’s a concern for any foreign researcher who has a permanent position because Sweden needs the research expertise,’ he says. ‘We have researchers from all over the world at the university.’

Cousins, who married a Swede in 2005 and now holds dual British–Swedish citizenship, adds that after Brexit he believes UK researchers would still be welcome. ‘Swedish universities would still hire the best British researchers because they hire the best from all over the world. We want the best regardless of nationality.’

Cousins, however, agrees with Cox that UK science would suffer if ties with the EU were cut, noting that the nation’s scientific enterprise is already being damaged. ‘EU-based researchers are becoming reluctant to invite UK researchers to be part of collaborative funding applications because they worry that reviewers will punish these applications in the review process,’ he says. ‘Modern research requires international collaboration to make progress and leaving the EU is likely to deprive UK-based researchers of many opportunities.’

Thomas Jørgensen, senior policy coordinator at the European University Association (EUA) in Brussels, tells Chemistry World that in a post-Brexit ‘worst case scenario’ British researchers and students wanting to work and study in the EU would fall under visa regulations implemented by EU member states. However, he says EU member state visa regulations are generally ‘fairly lenient,’ allowing workers and students to bring family members and apply for new jobs after contracts expire or studies end.

‘Most European countries are positive towards attracting foreign experts, so it should not be such an issue going from the UK to the EU,’ he says. ‘We do not know about the other way around – EU researchers going to the UK. It is too early to guess what the UK government would want. Hopefully, there will be a reciprocal agreement that is better than the EU visa directive.’

Nobody has much to gain from Brexit

After May announced her plans for enacting Brexit, the EUA expressed ‘regret about the UK leaving the EU’, but applauded her ‘focus on science, research and innovation’. While the EUA was diplomatic in its Brexit assessment, the secretary general of the Brussels-based League of European Research Universities (LERU), Kurt Deketelaere, made no effort to conceal his displeasure. He fired off a series of tweets critical of May’s speech, including one stating: ‘After having read the Brexit speech a few times: disaster for the UK and its citizens, by irresponsible politicians.’

Contacted by Chemistry World, Deketelaere says: ‘Nobody has much to gain from Brexit.’ He says it is difficult at the current time to speculate about potential effects on UK researchers, adding that the ‘main issues are for UK-based researchers.’