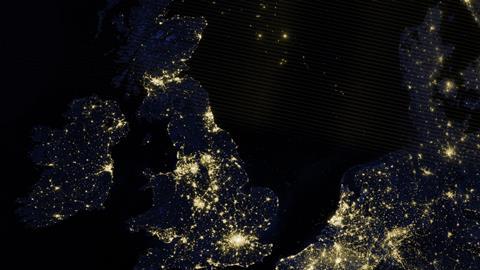 With 2016 set to become the warmest year on record, global warming has never been more prominent in the news. Researchers have found that scientifically viable carbon capture and reduction technologies could reduce the UK’s carbon footprint by 8–32%.

This year the UK signed up to the Paris climate agreement, which aims to limit global temperature increases to below 2°C compared with pre-industrial temperatures. One way to start meeting this agreement is for the UK to aim for net zero CO2 emissions through the use of negative emissions technologies (NETs) – these include methods to capture CO2 either directly from the air of before it is released from fossil fuel emissions, planting trees and creating forests, accelerating natural geological weathering to remove CO2 from the atmosphere, changing agricultural practices and land use, and binding CO2 in the form of biochar. 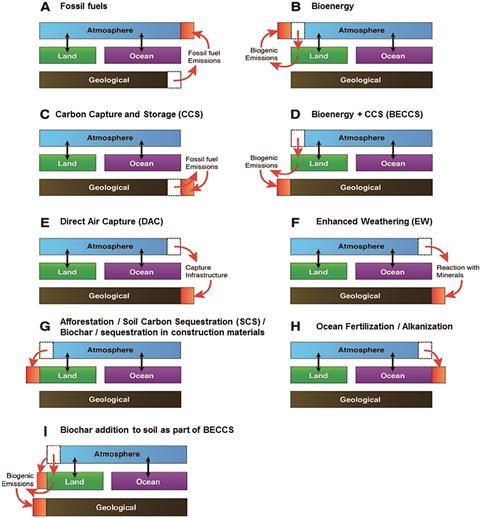 Pete Smith, from the University of Aberdeen, UK, and colleagues have assessed the impact that UK-based NETs could have on reducing the country’s CO2 emission levels. Smith’s team discovered that if the UK implemented all possible NETs, regardless of their technical viability, it would reduce current emissions by 8–32%. However, the actual proportion of this potential that can be realised might be smaller than this; factors such as cost, energy requirements, environmental impact and public acceptance will all affect these technologies’ viability.

‘We weren’t surprised that there is a reasonable domestic potential for greenhouse gas removal,’ says Smith. ‘However, translating this potential into action will not be trivial, and will require that the many possible social-cultural, political and other barriers are assessed and addressed.’ He adds that large scale demonstration projects would help to assess the feasibility of NET technologies.

‘This study is an excellent first step in assessing the UK potential for land-based negative emissions, thereby helping either to achieve zero net emissions, as required by the now-ratified Paris Agreement, or potentially trying to reverse an overshoot in global warming,’ comments Phillip Williamson, from the University of East Anglia, UK. ‘But as the authors stress, the study is primarily a technological assessment: very little account is taken of socio-political aspects that are crucial for feasibility, nor environmental aspects,’ he adds.

The use of carbon capture technologies is not a silver bullet, and further research into the implications of these technologies is required. ‘The most important thing is weaning ourselves off of fossil fuels,’ says Smith. ‘The more we reduce emissions now, the less we need to rely on greenhouse gas removal in the future,’ he concludes.