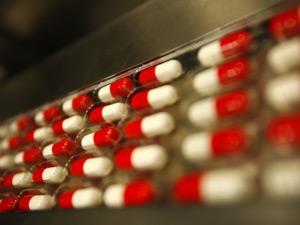 Drug companies are being discouraged from producing potentially effective formulations based on sulfonic acid salts because of the erroneous insistence by regulators that the production process could result in the inadvertent creation of mutagenic alkyl sulfonate esters, according to two UK pharmaceutical experts.

David Snodin, of Xiphora Biopharma Consulting, and Andrew Teasdale, who works for  Astrazeneca, say that a comprehensive review of the data available in the public domain indicates that regulatory policy ‘appears to be based on speculation, assumption and assertion rather than actual evidence’, and they call for regulatory bodies to reassess their stance.

Sulfonic acid salts are typically formed by adding equimolar amounts of sulfonic acid to the base form of the active drug ingredient, an amine for example, dissolved in a suitable solvent – conventionally a short-chain alcohol. In 2000 a note appeared in the publication Pharmeuropa, part of the European Pharmacopeia, the official European source of standards for medicinal substances, which tentatively proposed the need to test for alkyl esters of methane sulfonic acid (alkyl mesilates) in mesilate salts.

‘No precise mechanism for the ester formation was proposed, but appears to be based on speculation that there may be a side reaction between the acid and the alcohol solvent to produce alkyl sulfonates, which are known mutagens,’ says Snodin. Over the following years most regulatory agencies adopted requirements to test for the esters.

‘The speculation about the possibility of ester formation has no confirmatory evidence, but has gradually gained traction and has got to the stage where it is accepted dogmatically by just about every regulatory agency in the world,’ Snodin says. ‘It has put a cloud over the use of sulfonic acid salts. You have to go through a lot of hoops to convince the regulators that you do not have any residues – you are having to try to control a non-existent impurity.’

Snodin says that reaction kinetics dictate that the formation of an ester through a side reaction of the acid with the alcohol solvent is to all intents and purposes impossible. ‘If you react an amine with methanesulfonic acid in ethanol, protonation of the amine by the acid is effectively instantaneous. There is no chance whatsoever of the side reaction.’ The possibility of esters arising from other sources, such as impurities, are also negligible, Snodin suggests.

Snodin adds: ‘I have tried on several occasions to discuss this with the agencies but they will not engage with me. My strong suspicion is that they realise they have nothing to say to support their case.’

Chemistry World contacted three relevant drug safety agencies for comment, including the US Food and Drug Administration and the European Medicines Agency, but none were prepared to provide a response to charge levelled in the paper.

Commenting on the study, Trevor Laird, a UK-based independent consultant with several decades’ experience in the pharmaceutical industry, says: ‘I think it is an excellent and provocative paper which makes an excellent argument for regulatory authorities to have a rethink on this subject. The scientific evidence is well-presented in the paper and is compelling. So the regulatory authorities need to take note.’