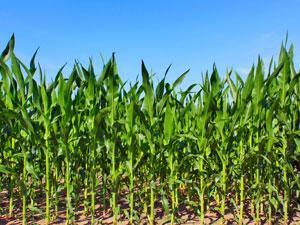 The European Food Safety Authority (EFSA) will announce next week the preliminary results of its review of a highly controversial paper that asserts that a type of genetically modified maize and its accompanying herbicide increase the risk of tumors and organ damage in rats.

EFSA has quickly assembled a multi-disciplinary task force to analyse the paper, which describes a study of the potential toxicity to rats of a herbicide containing glyphosate and of glyphosate-tolerant GM maize NK603, both produced by global agribusiness firm Monsanto.

‘If information gaps are identified, EFSA will then contact the authors with a request for further details of the methodology used in the two-year study,’ EFSA says in a statement issued 26 September.

The paper, published online last week in the peer-reviewed journal Food and Chemical Toxicology, triggered sensational headlines in the general press warning readers that GM maize can pose health hazards. But scientists around the world sharply criticised the paper, saying it was based on weak science and should not have survived peer review.

The lead author of the paper, Gilles-Eric Seralini of the University of Caen in France, has written a book in French about the study with the title Tous cobayes!, which can be roughly translated as Are we all guinea pigs? A film under the same title also is being released.

The French government also ordered its National Agency for Health Safety (ANSES) to assess the paper, adding that one potential outcome of the assessment could be an ‘emergency suspension of imports of NK603 corn.’

Philippe Gracien, director of GNIS, a group that represents the French seed sector, says that the French government’s reaction is logical. ‘Each study should be considered and subject to the opinions of the various relevant French and European risk assessment authorities,’ he says. But he adds: ‘The current government, just like the previous one, shows a very cautious approach and hesitates to adopt a clear position on this topic.’

Seralini’s paper, describes the two-year study of 200 rats exposed to the Monsanto’s Roundup products. The paper says that rats exposed to GM maize or the herbicide suffered more health problems, including tumours and multiple organ damage, and died earlier than rats in the control group.

However, the paper was met with a flood of criticism from sceptical scientists, who noted that the strain of rat used in the study, albino Sprague-Dawley, often develops cancers sooner than other strains.

‘The control group is inadequate to make any deduction,’ says Anthony Trewavas, a cell biologist at the University of Edinburgh. ‘Only 10 rodents, so far as I can see, and some of these develop tumours.’

David Spiegelhalter, a statistician at the University of Cambridge, adds: ‘To be honest, I am surprised it was accepted for publication.’

In a statement, Monsanto listed what it describes as ‘key shortcomings’ of the paper, saying: ‘This study does not meet minimum acceptable standards for this type of scientific research, the findings are not supported by the data presented, and the conclusions are not relevant for the purpose of safety assessment.’

Seralini was approached by Chemistry World but chose not to comment.