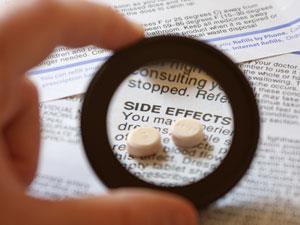 Roche has been rapped by the European Medicines Agency (EMA) for failing to report a large number of potential drug side-effects. As part of a routine inspection of safety reporting systems in January and February, the UK’s Medicines and Healthcare products Regulatory Agency (MHRA) identified deficiencies in the company’s medicine safety reporting system.

The MHRA found the company had accumulated about 80,000 reports for medicines marketed by Roche in the US, submitted as part of a company-sponsored patient support programme. However, these had not been evaluated to decide whether they should have been reported to the EU authorities as suspected adverse reactions.

US patient support programmes give patients and healthcare providers support for coverage and reimbursement, as well as giving assistance to patients without health insurance. Deaths in patients participating in these programmes must be reported, whether or not the drug is thought to be the cause, to help manage insurance reimbursement and shipment of medicines.

The reports included more than 15,000 patient deaths. It is unknown whether these deaths resulted from the disease itself, or were directly caused by the drug being taken. It is also unclear whether individual doctors had already reported the incidents to the EU regulators. Problems were also found with the evaluation and reporting of 23,000 suspected adverse reactions from Roche’s own reporting systems and a further 600 from clinical trials.

A Roche spokesman says the company is in the process of confirming the precise number of potentially unassessed adverse events. ‘The non-assessment and unreporting of these adverse events by Roche was not intentional and the company is working closely with health authorities, including the EMA, to implement corrective measures,’ he says.

Despite these reporting deficiencies, it is unclear whether there is any real risk. The company claims that, based on its assessments thus far, no impact on the safety profiles of any of its product has been found. The EMA is now looking at whether these deficiencies have an impact on the overall benefit–risk profile for any of the drug products.

The agency has now asked Roche to ensure all such events are reported immediately to the correct EU authority and confirm with the EMA that this has been done, regardless of whether the product is undergoing clinical trials or is already on the market. It has also asked the company to formulate a plan to ensure that all suspected adverse drug reactions are correctly processed in future.