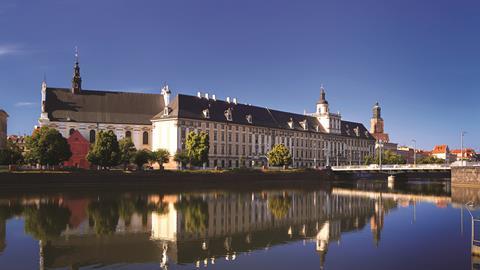 Root and branch reform urged for Polish universities and research

At least a decade, maybe two, of continuous, consistent work. That’s what it will take for Poland to modernise its universities and science base, according to a peer-reviewed EU report. The report describes the country’s research performance and higher education system as ‘sub-optimal’. The authors state that a comprehensive renovation is needed to get the country’s research base up to speed.

The study points to structural weaknesses in Polish science, including underfunding and inefficiencies in funding allocation and spending, underwhelming doctoral training and the fragmentation of research across different centres. In addition, the authors said that the country’s higher education system and research is ‘hampered by the public university governance system due to legal constraints, institutional inertia and over-regulation’.

The report’s lead author, Georg Winckler, former rector of the University of Vienna, said that links between science and business need to be promoted. However, he added that this is not the biggest problem and the Polish government needed to ‘overcome fragmentation in the institutional landscape, replace state bureaucracy with institutional autonomy and good governance structures, and internationalise the higher education and science system’.

The Polish science and higher education minister, Jarosław Gowin, welcomed the report in a press release. He called the report a way to learn from the ‘experience of […] European friends’. Gowin added that many of the recommendations issued by the panel are ‘convergent with the Polish assessment of the reforms needed’. Gowin added that these goals will be included in the scientific constitution, an overarching legislative proposal to modernise Poland’s research.

Among the recommendations that are being introduced is an initiative to reward excellence by granting 10% more funding to a few universities, as an effort to reduce fragmentation. Gowin also noted that Warsaw is working on the ‘clear distinction between research university and professional higher education, simplification of the university funding system and the reporting obligations, establishment of doctoral schools, bottom-up consolidation process, greater differentiation and increased autonomy of universities and reorientation of the university’s evaluation’.

The government has recently founded the National Agency for Academic Exchange to co-ordinate some of the functions currently spread among research institutions. According to a government paper published in April, the agency will ‘respond to the demands of the academic community for many years to create an institution in Poland that harmonises the Polish scholarship system with solutions applied and tested in many European Union countries’.

Polish journalist Bianka Siwinska said in an article for University World News, however, that the agency would face the challenges of internationalisation with a ‘smaller budget and a weaker, less independent position in the legal system’ than the German Academic Exchange Service, which it’s inspired by. Siwinska also highlighted the ‘low number of women in science and higher education’, which the report highlights but the legislation does not.