Poland gets serious on plagiarism

Government plans scheme to check all theses submitted since September 2005 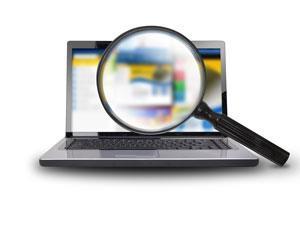 Poland’s science and higher education ministry has announced plans to put in place a system to tackle plagiarism in a bid to improve the quality of its science. The move comes after Poland’s deputy environment minister, Stanislaw Gawlowski, was accused of plagiarising significant parts of his PhD thesis in early September.

Currently, only 173 Polish public and private higher education institutions out of 460 use the country’s most widely used online private plagiarism detector, Plagiat.pl. The website allows users to cross-reference a scientific manuscript against other published works.

The Polish science and higher education minister, Barbara Kudrycka, told public radio broadcaster Polish Radio One that the new publicly-owned system will let tutors that mentor students’ theses to check that none of the work is plagiarised.

Under the plan, the ministry will use the new system to check all theses that were defended at Polish universities after 30 September 2005. Polish business daily Dziennik Gazeta Prawna estimates that this will amount to checks on about 3.5 million theses.

Meanwhile, some members of the Polish academic community note that higher education institutions are already taking plagiarism more seriously. ‘With the use of modern technologies, plagiarism is becoming much easier to detect,’ says Marek Jablonowski, director of the institute of journalism at the University of Warsaw. ‘But the policy of penalising plagiarism cannot be the only dimension of this fight. Other measures must also be taken.’

He suggests that if governments and universities want plagiarism to be taken seriously, students and young researchers need to be made aware of what plagiarism is and how to avoid committing it. ‘Raising awareness is an equally important activity,’ Jablonowski adds.

The case against Poland’s deputy environment minister was brought by two MPs from the opposition Law and Justice party. It mirrors similar instances in other countries, such as Germany where plagiarism hunters discovered that the research minister, Annette Schavan, had copied parts of her 1980 theology dissertation. Schavan was later stripped of her doctorate.