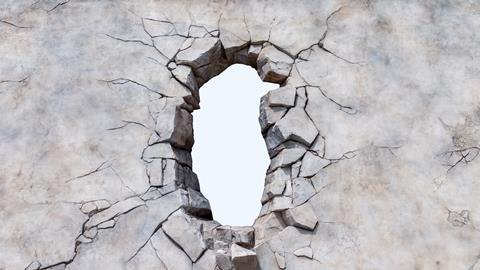 Doing away with journal paywalls for publicly funded research appears to be one of the few things that US president Joe Biden and his predecessor Donald Trump agreed on.

In late 2019, a leaked White House memo indicated that the Trump administration was considering rolling back the 12-month publication embargo that former President Barack Obama had put in place for research papers resulting from taxpayer dollars. This would mean the immediate free distribution of scientific articles arising from US government grants. When publishers caught wind of the plan from inside contacts they mobilised straightaway.

Trump’s intention, rumour had it, was to issue an executive order quietly in the lead up to that Christmas. But more than 125 scientific publishers sent a hard-hitting letter to the president arguing that such a policy would be tantamount to nationalising the valuable US intellectual property that they disseminate and forcing them to give it away for free to the rest of the world.

They explained that high calibre scientific journal articles require significant investments from publishers to cover peer review, publication, distribution and long-term stewardship. The letter’s signatories also warned that the policy would create financial pressures that could force some scientific societies to shut down or stop publishing the US-sponsored research that helps ensure America’s scientific and technological pre-eminence.

The directive that the Trump team had floated quietly died, but it has now been resurrected by Biden and is set to become policy. In late August, the White House suddenly announced that publishers will have to make all papers resulting from federally-funded research, and their supporting data, immediately and freely accessible to all before January 2026. This news also met with pushback from many scientific publishers, albeit it after-the-fact and in a less organised fashion.

Trump and Biden’s actions seem to have at their root the same motivation: to make the fruits of taxpayer-supported research available straightaway to the scientific community and the public who paid for it. The swift backlash against the leaked memo from the Trump administration may have kept his executive order from materialising. But this time around it seems like the research community was blindsided.

It appears there wasn’t any significant consultation, or a heads-up, and even the announcement was relatively lowkey – pushed out on a Friday during the summer. Meanwhile, many researchers and university library groups in the US are excited by the plan and have celebrated it calling it a ‘historic step’.

However, while Biden’s goal is laudable the situation is nuanced and demands careful consideration. When it comes to scientific publishing, there are a multitude of factors that must be balanced to keep the system healthy.