The release from prison of Olga Zelenina, a chemist who was arrested on charges of aiding drug trafficking, on 25 September comes after an outcry by Russian scientists and human rights activists. Her supporters point out that she fell foul of contradictory drug laws and her arrest can be seen as an attempt to silence scientists who act as expert witnesses in court cases. Less than 24 hours after her release, there are reports that new charges have been brought against the chemist, accusing Zelenina of misleading a court over her level of expertise. The date of her trial has not yet been set.

Zelenina was arrested on 15 August at her home near the city of Penza. The Russian Federal Drug Control Service (FDCS) claimed that Zelenina was aiding Roman Shilov, a Moscow businessman who is accused of smuggling 42 tonnes of poppy seeds containing illegal drug impurities – opium, morphine, codeine and thebaine – through Russian customs. 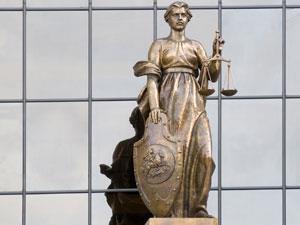 Court documents state that last year the lawyers of Shilov appealed to Zelenina, who is the head of the chemical analytical laboratory at the Penza Research Institute of Agriculture, to conduct an independent analysis of the drug content of the poppy seeds. Her analysis concluded that the drug content in the poppy seed cargo was insignificant, not exceeding 200 grams of morphine and codeine, meaning that the consignment contained around 0.000476% of these illicit substances. Furthermore, she said that these drugs could not be isolated without specialist equipment and knowledge.

Zyuzinsky District Court in Moscow rejected the petition of the investigating authorities to extend Zelenina’s detention and ruled that she be released pending her trial, which is likely to be in October. The court ruled that there were not sufficient grounds to hold her any longer as she is not at risk of jumping bail, engaging in criminal activities, pressuring witnesses or destroying evidence.

The actions of the FDCS have raised suspicions that the case was brought against Shilov to destroy him. At the same time, supporters of Zelenina believe that the case against her is a sham.

According to Natalia Andreeva, Zelenina’s lawyer, ‘this case is a very good way to get rid of Olga as a specialist in so-called poppy cases’. She noted that her client, an expert in poppy chemistry, provided authoritative reports in a number of criminal cases being investigated by the FDCS. And, this October, she was expected to be an expert witness in the trial of another businessman, Alexander Polukhin, who has also been charged with selling poppy seeds for drug purposes. Zelenina has criticised the conclusions of FDCS experts in Polukhin’s case, saying that they had made mistakes. Zelenina’s lawyers say that this has angered Russian law enforcement agencies.

On top of this, Andreeva says that some Russian law enforcement agency officials are unhappy with Zelenina’s advocacy on changes to the current guidelines for determining drug content in poppy seeds. She has said in the past that the technical standard, which requires poppy seeds be free of opioids should be changed as it cannot be met.

Meanwhile, Zelenina’s case has caused uproar in the Russian scientific community, with many well-known Russian scientists have already declared their support for the scientist, including Vladimir Lukin, Russia’s human rights commissioner.

‘There is an urgent need to improve Russian legislation in the field of drug control,’ says Irina Lewontina, a well-known Russian linguist and one of Zelenina’s supporters. ‘I know that it is written badly, giving huge scope for arbitrariness and corruption. As a scientist, I do not want to see criminal prosecutions for scientific opinions in our country. Being a linguist, I often speak in the courts, and I understand how dangerous it is to be arrested for [expressing my] professional judgment.’