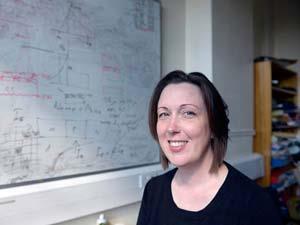 Physicist Sheila Rowan will be Scotland’s next chief scientific adviser

University of Glasgow physicist Sheila Rowan is to be Scotland’s next chief scientific adviser, a post that has remained vacant for the past 18 months. Rowan will assume her new duties immediately, the Scottish government has announced. In her new capacity, she will work to ensure that science informs the Scottish government’s work, and provide advice on the potential impact of new scientific developments. Her predecessor was computer scientist Muffy Calder, who stepped down in December 2014.

Rowan has served as director of the University of Glasgow’s Institute for Gravitational Research since 2009. Her research has focused on developing optical materials for use in gravitational wave detectors, and she played a key part in the global effort that recently led to the discovery of gravitational waves. Rowan will assume the chief scientific adviser post as a part-time position for three years, continuing her job as a scientist for two days a week.