Concerns expressed that decision to protect nation’s ‘clean, green status’ is not based on sound science 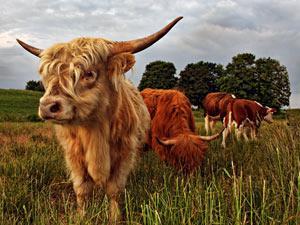 The Scottish government has announced that it intends to ban the cultivation of GM crops approved by EU regulatory authorities within its borders. Scotland’s GM crop ban became feasible legally earlier this year after the European parliament approved a new law that allowed EU member nations to ban GMOs for reasons ‘other than science’, including country planning and socio-economic impact. The new law also extends to devolved administrations, such as Scotland’s, as well as member states.

The announcement was welcomed by environmental groups opposed to GMOs, but unleashed a torrent of criticism from scientists, agribusiness leaders and farm organisations.

Huw Jones, head of cereal transformation at agricultural science institute Rothamsted Research, UK, said: ‘This is a sad day for science and a sad day for Scotland.’

In announcing the ban, the rural affairs secretary Richard Loch argued that prohibiting cultivation of GM crops would protect and enhance Scotland’s ‘clean, green status’ and be beneficial to Scotland’s economy. He pointed to the £14 billion food and drink sector ‘valued at home and abroad for its natural, high quality’ suggesting that this could be threatened by growing GM crops.

‘The Scottish government has long-standing concerns about GM crops – concerns that are shared by other European countries and consumers, and which should not be dismissed lightly,’ he said. ‘I firmly believe that GM policy in Scotland should be guided by what’s best for our economy and our own agricultural sector rather than the priorities of others.’

Jones countered: ‘GM crops approved by the EU are safe for humans, animals and the environment and it’s a shame the Scottish parliament think cultivation would harm their food and drink sector.’

Anne Glover, of the University of Aberdeen, UK, and former chief scientist to the European commission, agreed, saying that the safety of GM crops has been ‘supported by a global scientific consensus’. She added that GM crops could also be capable of fulfilling the Scottish government’s stated desire to enhance the country’s clean, green status. ‘With appropriate choices, GM technology can offer one approach to sustainable farming by reducing the need for chemical inputs which benefits the consumer, the farmer and the environment,’ she said.

An official request to ban GM crop cultivation will ‘shortly’ be submitted to EU authorities, Loch said, adding that the Scottish ban would include the already approved insect resistant maize MON810 and six other GM crops awaiting EU authorisation.

Thus far only Latvia and Greece have made use of the new law by submitting requests to the EU to ban GM crop cultivation, according to Enrico Brivio, European commission spokesperson for health and food safety. Brivio tells Chemistry World that nine nations (Austria, Hungary, Luxembourg, Germany, Bulgaria, Greece, Italy, France and Poland) had previously banned cultivation of MON810 under so-called safeguard clauses.

While proponents of GM crops are critical of Scotland’s intention to ban GM crops under the new law, Brivio notes that the commission initiated the law and therefore ‘notes with satisfaction that member states make use of this new possibility given to them’.