Shake-up for Russian universities and research 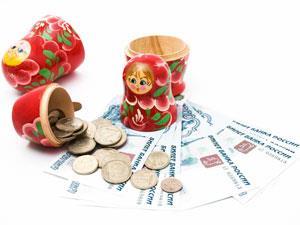 Russian science and higher education is on the verge of wholesale reform, thanks to the appointment of Dmitry Livanov as the new education minister. Just days after taking up the post, Livanov announced his intentions to shake-up graduate training, conduct a comprehensive audit of the country’s research and slash financial support for students. But his plans have already been strongly criticised by the academic community.

Under Livanov’s plans, particular attention is expected to be paid to engineering and efforts to improve the quality of graduate training at technical universities and colleges. It is hoped that this will help to solve the country’s acute shortage of skilled engineers. As part of this initiative, the government plans to continue the process of consolidating universities through the establishment of regional university centres. In addition, there are also plans to increase the funding going to the existing national and federal universities. In the latter case, the majority of funds are expected to be invested in further improving universities’ infrastructure.

Livanov, a former head of the Moscow National University of Science and Technology, one of Russia’s leading technical universities, succeeds Andrei Fursenko, who was unpopular with students and the larger education community. Fursenko was the frequent target of criticism of Russia’s leading universities and students, who blamed him for failed higher education reforms. Among these was the introduction of a single state test to replace entry exams for Russian universities, according to the Russian Student Union.

‘We need to create an innovative educational model that will be adequate for the current development of the Russian economy,’ Livanov said. ‘The current structure of the Russian system of higher education has Soviet origins, when the system of professions in the Soviet Union were created under the traditional, planned economy that existed between the 1940s and 1960s.’

Some of the new education minister’s proposals have already drawn sharp criticism from Russian universities and student communities. They charge that his plans will see state-funded university places cut in half. In addition, the government wants to completely eliminate free higher education, although it won’t be following the recommendations of some Russian officials to implement a mass closure of colleges and universities that offer poor quality education.

Daria Mitina, a Russian politician and former head of the legal department of the Ministry of Education, said that Livanov’s initiative to reduce the number of state-funded places at domestic universities is curtailing opportunities for students from poorer families.
Another controversial initiative is to further increase financial support to federal, state and national research universities, which have already receive generous funding at the expense of other colleges. According to Mitina, there is no need for super universities. ‘The establishment of such universities in the current economic situation in Russia will make higher education a privilege for wealthy people,’ she says.

Russian analysts say that, in addition to the reform of higher education, one of the main goals of the new minister will be to settle a long running conflict between the education ministry and the Russian Academy of Sciences (RAS) over modernisation of the academy. Many members of the Russian government believe that the RAS is inefficient, but the RAS has fought reform. ‘At present the Russian Academy of Sciences is a bad copy of the Academy of Sciences, which existed during the Soviet times,’ Livanov said. ‘The role of this research institute in the development of domestic science is steadily declining and at present RAS is no longer able to examine large scientific projects.’