The malaria parasite changes the odour of infected mice, making them smell tastier to mosquitoes 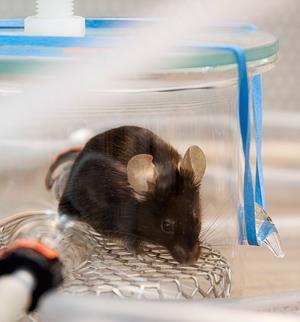 The word ‘malaria’ means ‘bad air’, but new research suggests the disease may actually make its victims smell good to mosquitoes. Researchers in Switzerland and the US found that the malaria parasite alters the smell of infected mice, making them more attractive to mosquitoes looking for a feed. The team say the discovery could lead to new ways to curb the spread of malaria – which killed over 600,000 people in 2012 – and new diagnostic tools.

Previous studies have suggested that humans infected with malaria are more likely to attract mosquitoes, accelerating the spread of the disease. However, the underlying mechanism was unclear. Now, it seems the malaria-causing Plasmodium parasite alters the odour of infected hosts by changing the mixture of volatiles they give off.

‘This work improves our understanding of the cues that guide mosquitoes to infected hosts, and it might inform efforts to develop lures or repellents,’ says Mark Mescher who led the study at Penn State University, US. ‘We [also] have some hope that the malaria parasite, and other pathogens that actively alter host odours in order to attract vectors, may create biomarkers that we can use to identify and diagnose infected individuals.’

The team put infected mice and healthy controls into glass chambers and collected the volatiles that were emitted each day for the duration of infection, which lasts about six weeks. These samples were analysed with gas chromatography and mass spectrometry. They also took daily blood samples in order to track levels of the malaria parasite.

They then put mosquitoes in a wind tunnel and observed their behaviour towards both infected and healthy mice. Mosquitoes were more attracted to infected individuals, but only during the transmissible stage of the parasite. The team also identified some of the compounds in the extracted volatiles that are likely to contribute to this enhanced attraction.

‘This is the first convincing study that demonstrates a significant change in volatiles from malaria-infected mammals that affect mosquito behaviour,’ says James Logan who investigates malaria transmission at the London School of Hygiene and Tropical Medicine, UK. ‘However, this demonstration is in an animal model which may or may not relate to human beings infected with malaria.’

Mescher acknowledges this limitation, but says his team suspects that malaria induces the same sorts of changes in the odours of human hosts. They are now investigating human populations in Kenya with a view to find reliable biomarkers that could be used to identify malaria infections, particularly in those who show no symptoms.

Logan himself recently conducted similar studies which suggest mosquitoes are more attracted to the odours of infected humans. ‘The results from the present work and our own studies could lead to the development of traps that specifically target malaria and, in the longer term, even a novel non-invasive diagnostic tool for the detection of asymptomatic malaria in the field,’ says Logan.