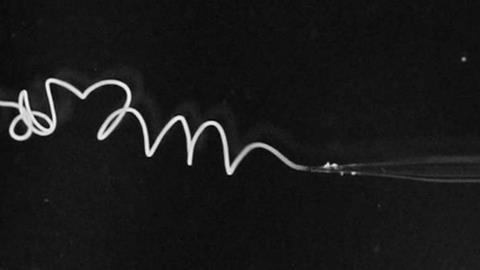 A new method for spinning stronger artificial spider silk has been devised by mimicking the way in which spiders do it.1 This may open a route to producing large amounts of artificial silk that is cheaper and easier to make. Synthetic spider silk is a highly sought after material as it is biodegradable and does not elicit a strong immune response, as well as having potential in high-performance textiles and medical devices.

‘This is the first time anyone has truly mimicked the conditions in the spider silk gland,’ says Jan Johansson, a senior paper author at the Karolinska Institute in Stockholm, Sweden. ‘[Our results] show it is possible to make spider silk the right way, the way spiders do it.’

Spider silk comprises long chains of linked proteins known as spidroins that form fibres thanks to changes in acidity and increased shear forces along the length of the spider spinning duct. The Swedish scientists sought to replicate this process. 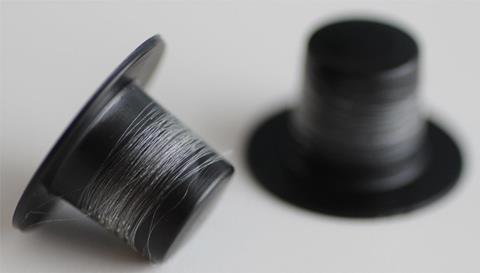 Spidroins have two terminal domains – an N- and C-terminal – that have an α-helical structure. They are highly pH responsive and undergo conformation changes as they move down the spider’s spinning duct. Between these two end stoppers is a long region rich in alanine and glycine repeats that provide elasticity.

The team made a hybrid silk protein in Escherichia coli that had a highly soluble N-terminal from a nursery web spider and a highly soluble C-terminal from an orb-weaving spider. The spidroin was then loaded into a syringe and pumped though a glass capillary to shear the proteins. The capillary was submerged in a low pH buffer, causing the protein to transform into a solid fibre as it emerged. This mimics the pH change seen in spiders’ spinning glands, which the team previously reported decreases from seven to five.2

‘The end domains are extremely important for spider silk formation and it is very important to keep these proteins in a native form,’ says Anna Rising, senior author at Karolinska. Previous methods used denaturing conditions in order to purify the proteins or keep them at high concentrations, which the authors argue does not yield true silk fibres. They hope to further strengthen the fibres by easing the pH transition in future – the fibres have around one-third the strength of natural silk.

‘This is a step change in terms of spider silk technology and has the advantage of not needing any chemical processing to produce the silk,’ says Neil Thomas, a biological chemist at the University of Nottingham, UK. His group recently mutated specific residues in a spider silk protein to make them chemically reactive and connected antibiotics to them using click chemistry.3 ‘This will be much easier to do with the sort of technology in this paper, partly because it uses E. coli,’ he adds.