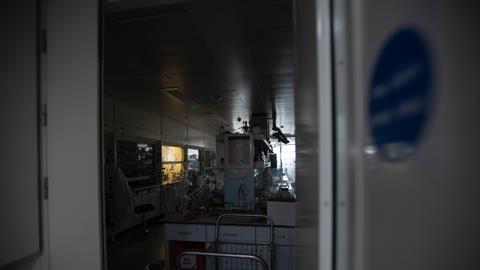 The effects of the pandemic on chemistry as a discipline has been the worst of all the sciences, according to a new State of Open Data report by Figshare. The findings, which were developed and published in collaboration with the technology company Digital Science and Springer Nature, are based on survey results from 4500 academic researchers worldwide.

Overall, about a third survey respondents reported that their work was ‘extremely’ or ‘very’ affected by the outbreak of the virus. Specifically, 47% of chemists revealed such impacts, as did 39% of biologists and 36% of material scientists. The least disruption was seen among researchers in the humanities and social sciences, with 20% of them reporting that the pandemic had affected their work.

The survey, which is the fifth by online digital repository Figshare, was conducted in May and June, when much of the world was under lockdown. Figshare took the opportunity in this latest survey to ask researchers not only about how the pandemic affected their ability to carry out research, but also how it influenced their views on reuse of data and collaboration.

Overall, 43% of the respondents said they had already, or were likely to, repurpose their grants to some extent for Covid-19 research. In addition, half of those surveyed described the lockdown as ‘extremely’ or ‘somewhat’ likely to result in re-use of open data provided by other labs, and 65% expected to reuse their own data. Furthermore, over a third of the researchers anticipated that Covid-19 would result in more research collaboration.

The number of respondents who reported having never made a data management plan for their research fell from 30% to 15% in this year’s survey. While 60% of the survey respondents in 2018 had not heard of the ‘FAIR principles’ – which describe how data and other research outputs should be organised so they can be more easily accessed, understood, exchanged and reused – that number fell to 39% in 2020. The overall familiarity with those principles also increased from 15% to 24%.

Taken together, the new survey results indicate an increased awareness among researchers globally about the role and needs of open data, and the importance of rapid data sharing. ‘The Covid-19 pandemic could be the best ever case study for open data,’ said Grace Baynes, Springer Nature’s vice president of data and new product development. ‘Rapidly sharing data across geographic borders and between research teams is already bringing global benefit in understanding the virus, and developing mitigations and treatments.’