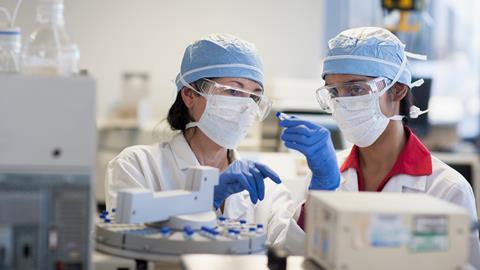 40% of charity-funded, early-career scientists in the UK have thought about leaving research due to the impact of coronavirus, according to a survey conducted by the Association of Medical Research Charities (AMRC).

Medical research charities support around 17,000 scientists in the UK, but many are facing major financial challenges due to coronavirus and the effect of lockdowns on their fundraising efforts. According to the AMRC, 61% of charities have slashed their support for early-career researchers, leading many to consider leaving their professions.

AMRC questioned more than 500 scientists funded by 72 charities to understand how the uncertainty is hurting junior researchers. Half of the survey’s respondents said their funding will dry up by the end of next year, while 82% said that they feel less secure in their career than they did last year. London-based researchers were twice as likely to have secured future funding than those working elsewhere, prompting concerns that the funding crisis could worsen regional disparities.

‘Funding uncertainties mean that without clarity from the government and a commitment to support for three years, we risk losing a generation of talented young scientists who would otherwise have become the UK’s next research leaders,’ said AMRC chief executive Aisling Burnand. ‘Ultimately this could have a severe impact on several decades of research crucial to finding new ways to diagnose, manage and treat diseases including heart disease, cancer, arthritis, rare diseases and neurodegenerative disorders.’

The survey also found that 28% of early career scientists had considered leaving research due to the limited number of career opportunities, while almost a fifth had thought about leaving in the wake of the UK’s exit from the EU.