Spat over immigration from the EU smoothed over for now, but partial re-entry to Horizon 2020 may not last 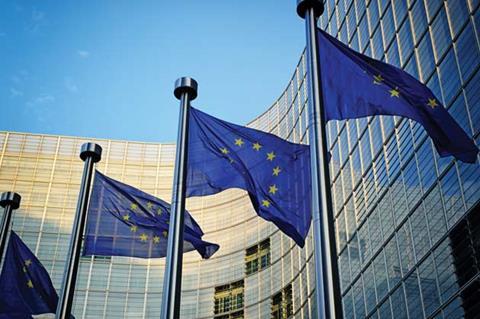 Switzerland has been readmitted to part of the EU's huge science programme, but this may be only temporary

The EU has opened the door for Switzerland to re-join the bloc’s €79 billion (£62 billion) research programme. However, the agreement announced earlier this September gives the country a partial pass only.

No country is a remote island when it comes to science

The European commission suspended Switzerland’s full participation in Horizon 2020’s research and education programmes last February after a referendum led to the country blocking immigration from the EU’s newest member, Croatia. This led to uncertainty and some dire warnings.

Under the new agreement, Swiss scientists can once again join Horizon 2020 research projects as if they were EU citizens. Researchers will have full access to the first pillar of Horizon 2020, Excellent Science, which includes European Research Council (ERC) grants and the Marie Sklodowska-Curie career development scheme. Swiss universities and institutions are particularly pleased they can fight for a share of European Research Council awards once more. Switzerland has historically performed well when bidding for ERC grants.

One out of three

However, the country is still barred from participating as an associate country under the second pillar, Industrial Leadership, worth €17 billion, and the third pillar, Societal Challenges, worth €29.7 billion. For these schemes Switzerland will still be treated as a third party country, like the US.

Swiss researchers can still submit project applications for the other two pillars of Horizon 2020, along with European partners, and coordinate them. But they will not receive direct funding from the EU and will not count towards the minimum number of participants.

A basic requirement for consortium-led projects is participants from at least three different member states or associated countries. ‘For a lot of projects this won’t be an issue, but you could have a small consortium where it means they will have to look for another participant, as the Swiss can’t tip the scale anymore,’ explains Michael Jennings, a spokesman for the European commission.

Nonetheless, the State Secretariat for Education, Research and Innovation (SERI) in Switzerland has strongly recommended project partners from Switzerland to join international consortia so as to participate in calls in the second and third pillars.

The partial association agreement began on 15 September and will run until 2016. It will be signed in December this year. The news came as a welcome surprise to many in Switzerland.

‘This is exciting news,’ says Roland Siegwart, vice president of research and corporate relations at ETH Zurich in Switzerland. ‘It is a first step to full association for Switzerland again. And this first pillar is the most important pillar for universities here, with their focus on excellence. The biggest advantage is that it again opens our people to extremely valuable competition.’

Ori Schipper of the Swiss National Science Foundation agrees that the most important thing for Switzerland was to regain access to the first pillar and the ERC. He describes the deal as a ‘fair compromise’ and notes that there are a lot of other issues that have made discussions politically problematic.

The third country status for pillar two and three means the Swiss will have to pay their way for each project and joining will be not quite as smooth as for associate countries, says Philippe Gillet, vice president for academic affairs at the Swiss Federal Institute of Technology. He adds that the big disadvantage the country faces now is that it is not fully invited to shape the different calls and topics in these two programmes.

Negotiations on behalf of the EU involved a number of directorates. ‘This issue did not just concern Horizon 2020, although this was clearly very important for the Swiss,’ says Jennings.

And Swiss science has already felt some pain. ‘ETH has two-thirds of its faculty and two-thirds of its PhD students coming from abroad, mostly from Europe. This [loss of associate status] has generated a lot of uncertainties, which already has had some effects. We probably lost some people who were uncertain Switzerland was the right place for them,’ says Siegwart.

Philippe says candidates have raised questions about Switzerland’s future status in Horizon 2020 during the hiring process. ‘Money is not the issue. But ERC grants, for example, bring prestige,’ he adds. He says having Switzerland outside the fold could lead to scientific talent being lost to Europe, perhaps to Singapore, China or other countries.

Though the Swiss research community is relieved, the final denouement remains unknown. ‘Looking to the future, there is still some concern,’ says Schipper. It is not inconceivable that Switzerland could once again find itself with third country status for all of Horizon 2020. Jennings warns that if Switzerland doesn’t assure free movement for all EU citizens before 9 February 2017, this agreement will end.

Theoretical chemist Markus Reiher at ETH Zurich says he is ‘glad that we are now again a part of the EU excellence programme’. He adds: ‘Although it would have been possible to acquire money from the Swiss National Science Foundation, which would have issued a special programme to compensate for the exclusion, it is important to earn the funding in an international competition. No country is a remote island when it comes to science.’