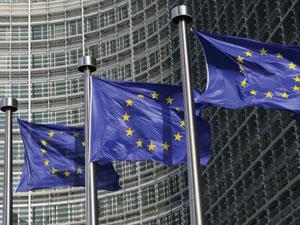 Swiss science is still in limbo after an immigration spat in February that saw Brussels freeze out the country from EU research and education programmes. The European commission is now adamant that it has little room for manoeuvre and Switzerland must act to resolve the situation. The head of the Conference of Swiss University Rectors, Antonio Loprieno, is now warning that if this impasse cannot be ended it will be a catastrophe for Swiss science.

The Swiss referendum that saw immigration from the EU’s newest member, Croatia, blocked led to the suspension of negotiations on the EU’s science and educations programmes, Horizon 2020 and Erasmus+. And on 26 February the commission relegated Switzerland from associate to ‘third country’ status. As a result Swiss universities can no longer lead research projects and Switzerland’s coordination of the Human Brain Project, among others, is in jeopardy.

Loprieno argues that the commission has moved too hastily to punish Switzerland and is critical of Brussel’s ideological stance that has cut Swiss science adrift. ‘We tried asking if the European Research Council would be willing to allow the participation of Switzerland, without investing money, and to serve as a review panel for Swiss-funded research, but the European Union put in some sort of veto,’ says Loprieno. ‘The German and even the French rector conference encouraged the European Research Council to act positively and that was something we appreciated.’

The German Rectors’ Conference (HRK) has appealed to politicians within the EU to restart negotiations with Swiss universities and research institutions. If the commission wants to create a European research and education area, then excluding Switzerland is a big mistake, says Horst Hippler, president of the HRK. ‘Switzerland has excellent research and it is at the heart of Europe,’ he adds. ‘We want to see competition between their universities and [other] European universities to keep the level of science in Europe at a certain level and to encourage collaboration and competition.’

Hippler says the Swiss vote has understandable implications, but says that the commission should allow the ERC to assess Swiss applications. ‘This would make it easier to continue collaborations with Switzerland.’

There is a suspicion in Switzerland that the referendum result has been used as a pretext to revisit the entire relationship between the EU and Switzerland. ‘The EU does not seem happy about the way bilateral agreements work,’ says Loprieno. ‘Sometimes we get the impression that it is using what happened on 9 February to reopen the entire issue.’

In March, the Swiss National Science Foundation announced a temporary scheme that offers researchers substitute funding in place of the ERC. Some in Switzerland believe this shows the country can go it alone, but Swiss science is strikingly international and Loprieno says there is ‘symbolic value in competition’. He says Swiss research universities and institutions will not support the backup schemes in the long run.

The Swiss government is reportedly attempting to broker an agreement with the EU, and Loprieno says there is considerable sympathy for the Swiss position in countries such as the UK, Germany and Austria. ‘Even Croatia was happy with the temporary solution that Switzerland had proposed, though I don’t know the details, but that was not mirrored by Brussels,’ he says. ‘The position of the EU as a whole seems far more ideological than the more pragmatic approach of member states.’

In a statement last month, European commissioner László Andor said: ‘I want to make very clear that this freeze of negotiations is not a “punishment” or “sanction” for the expression of the Swiss electorate, but a logical consequence of the choice Switzerland itself has made.’

Loprieno believes that relations between Switzerland and Brussels are unlikely to thaw until after the European elections in May, perhaps with some movement in autumn. ‘One of the signals we got from Brussels is that there is a certain fear about possible votes for right-wing parties in the EU, given the anti-EU mood in the European electorate,’ he says. ‘By being rigid on the Swiss issue, we believe the European commission wants to send a signal: look what happens if you behave in an anti-European manner.’

Over 50% of professors in Swiss universities are foreign and research positions make no bones about whether applicants are Swiss or not. ‘What is happening now is, in a certain sense, something that jeopardises our core identify as Swiss institutions, which understand themselves as global not national,’ Loprieno adds. ‘All four of our neighbouring countries are less open to intellectual immigration than we are,’ he observes. ‘Try applying for a professorship at a French university if you are not French.’