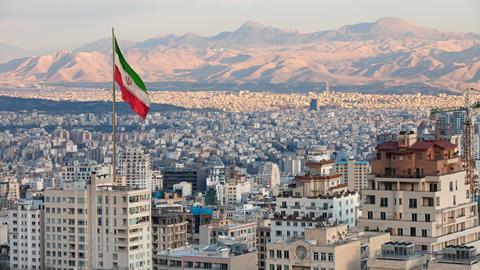 Abdul* fled Afghanistan with his family age six, and grew up in Iran as a poor refugee, but, against all the odds, he won national science competitions and became one of the first Afghans to study chemistry at an Iranian university. After returning to his homeland and using his expertise to better the country for the best part of a decade, he now finds himself back in Iran working on a doctorate and stuck there in a drawn-out PhD, unable to support himself or his family.

This is life now for Abdul, an organic chemist who has extended his postdoctoral post at the university in Iran as long as possible and is afraid that any day he and his family will be forced to return to Afghanistan where they won’t be safe. Abdul has not been paid for a year and has nowhere else to go.

When the Taliban rose to power in Afghanistan in 1996, people fled to neighbouring Iran, where their children received an inadequate education, Abdul says. In response, he led an effort to establish the first self-governing school there for Afghan immigrants, which taught more than 200 children.

After graduating from university with a degree in chemistry in 2002, Abdul returned to Afghanistan the following year and had a brief career as a journalist. Then, in 2004 he began working as a chemistry professor at a university in Afghanistan. The next year, he founded the university’s chemistry department and served as its director until 2010.

‘We were able to start the general chemistry laboratory with the help of donors,’ Abdul recalls. More than 50 chemistry experiments were designed for the students, but none were ever carried out.

The situation in Afghanistan worsened in 2010, and Abdul no longer felt safe. To get to the university, he had to travel roads from Kabul that became increasingly dangerous when the Taliban set up checkpoints.

Fortunately, he won a scholarship at an Iranian university and was able to earn a master’s degree in organic chemistry there in 2012. Afterwards, Abdul returned to Afghanistan and resumed teaching at the university.

‘As a professor active in civil and human rights, I always gave lectures and interviews,’ he recounts, noting that he spoke his mind freely. Then, a warning came in 2014 that his life was in danger, and he once again needed a way out. That escape route was an organic chemistry PhD programme at a university in Iran in 2015. Abdul’s student visa enabled his wife and three children to join him in Iran, but his parents had to remain in Afghanistan.

Unfortunately, the Covid-19 pandemic significantly slowed down Abdul’s doctoral research, but he has managed to publish two papers and submit another two for publication. He has also finalised four other research projects.

He is technically still a PhD student, but time is running out. Abdul has already postponed defending his dissertation three times, because once he does so he will lose his status as a student and can no longer stay in Iran legally. But now that he’s been in the PhD programme for 12 semesters, he cannot extend his stay in Iran further. Abdul and his family need a visa to go to another country, or they must return to Afghanistan.

For the past year, Abdul has reached out to embassies in Iran and tried to procure a humanitarian visa for himself and his family – to no avail. He has also applied for postdoctoral positions in Europe, Canada and the US but has been met with either silence or rejection.

In addition to the financial strain, Abdul is also under pressure from his university to vacate the dormitory where he and his family have been living on campus. They don’t have the money to rent elsewhere.

After the Taliban overthrew Ashraf Ghani’s government in August 2021, Abdul says many professors and students left the country in despair, and those who stayed have little hope for the future.

His two daughters, who are now 14 and 12, do not want to return to Afghanistan under the Taliban’s rule. They fear they would face persecution and severe limitations there. Abdul is also worried about how his six-year-old son would fare in Afghanistan, as well as his wife and himself, especially as they are members of the persecuted Hazara ethnic minority.

‘The Taliban are strongly opposed to science, and the professors of scientific fields are in great danger,’ Abdul explains. ‘They cut off the salary and benefits of those they don’t like and threaten them, and some are imprisoned and tortured.’ He adds: ‘There is no money to buy materials and equipment, and there will definitely not be a laboratory for students.’

Abdul says there aren’t enough dedicated programmes to help scholars like himself who are displaced, under threat and need assistance around the world.

‘No authority independently supports scientists at risk,’ Abdul tells Chemistry World. ‘The embassies say that we receive asylum applications in our country, and the United Nations says they only provide services for immigrants, so as a scientist at risk I do not fit into any support category.’

Abdul is not alone. A former senior official who worked at the Afghanistan Science Academy during the Ghani government, and spoke to Chemistry World in August 2021, remains in hiding and has been unable to leave Afghanistan. Recently his car was stolen, and he has become more desperate to get out.

He has applied for assistance to the Council for At-Risk Academics, a UK charity that was established almost 90 years ago following Hitler’s ousting of hundreds of scholars from German universities on racial grounds. But the organisation has stopped processing his case for no apparent reason, he says.

At the same time, Scholars at Risk (Sar) – an international network of academic institutions that aims to defend the human rights of scholars across the globe – is inundated with requests and appears unable to help him or others in similar situations.

Sar says it has received hundreds of requests for assistance, and its staff is working through them as best they can. But the organisation says the delays in visa processing by prospective host countries overwhelmed by the sheer volume of requests are making everything painfully slow.

*His name has been changed to protect his identity