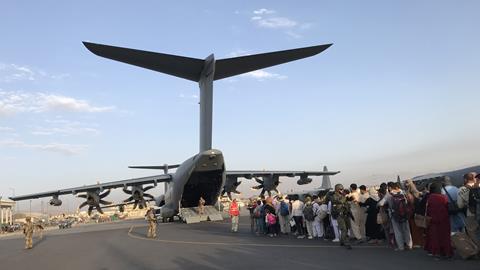 Science and research ‘are dead’ in Afghanistan

A mass exodus of scientists and scholars from Afghanistan has followed the Taliban’s return to power last month. Chaos ensued when the Islamic nationalist movement established its authority over the nation’s higher education system but did not put in place a functioning government until 7 September. It is a hardline interim government comprised of entirely male senior Taliban members.

Amid fears about their personal safety and the country’s future, professors, researchers and students who have not been able to flee Afghanistan remain in hiding, including two senior directors in the former government who spoke to Chemistry World on condition of anonymity.

The Afghanistan Science Academy (ASA), a government agency based in Kabul that supports more than 300 research fellows in areas such as the natural sciences, remains closed. Universities across the country are shuttered as well.

Ala Abdulaziz, American University of Afghanistan

Within a few weeks of the Taliban’s return, it was estimated that approximately 200 academics, researchers and lecturers had already left the country. ‘When the Taliban took over the country, we were at the ASA office,’ recalls one of the two agency officials. ‘The situation was horrifying, and dangerous … still we are afraid, and we still are not feeling safe.’ He notes that the cities and streets are ‘full of gunmen’, and banks and other government organisations remain shut.

‘Shocked, heartbroken and full of disbelief’

The two are desperate to get out of Afghanistan but have been unable to do so because of visa and logistical difficulties. They are hoping to get support from the US, for example, through the country’s priority 2 visa, which the US State Department announced in early August to grant refugee status to certain Afghan nationals and eligible family members. Help might also come from the UK, following the Home Office’s 18 August announcement that the country will take in 20,000 Afghan refugees over coming years. In addition, the Canadian government has just agreed to resettle some 5000 Afghans who were evacuated by the US.

Ala Abdulaziz, an associate professor of information technology at the American University of Afghanistan (AUAF) in Kabul, says he was ‘shocked, heartbroken and full of disbelief’ when the Taliban regained control. ‘It is sad to see that intellectual people are at risk and want to leave their country,’ he says. 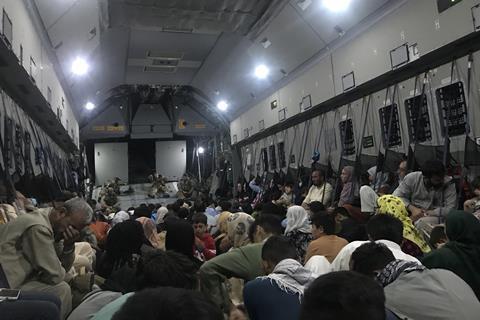 Thousands of Afghans have fled the country following the Taliban’s takeover. Many scientists were among those who left and many more are looking for a country that will take them and allow them to continue their research

The Taliban is an extreme religious group that will focus on Islamic studies, not science, says Abdulaziz, who in late May went to spend the summer with family in Paraguay and decided not return home in mid-August as planned. ‘This will lead the scientists to leave the country,’ he predicts. ‘I can say science and research are dead and I see no bright future for it in Afghanistan.’

Abdulaziz recalls a colleague recently telling him: ‘Under the Taliban I have absolutely no hope for anything. I have to stop my research projects financed by the ministry of higher education, and they have a zero chance of continued funding.’

The chairman and president of Friends of AUAF, Leslie Schweitzer, says the university is ‘in a state of disarray, despair, frustration and determination, dedication’.

Robert Quinn, founding executive director of Scholars at Risk (Sar) based at New York University, says the situation in Afghanistan is extremely serious. ‘It is on a scale that probably hasn’t been seen since the second world war,’ he states.

Sar’s mission is to help threatened scholars across the globe and promote academic freedom. In the case of Afghanistan there was ‘a total collapse of the state’, Quinn says. ‘We are looking at possibly thousands of people there within Sar’s mandate needing help.’

In the last few weeks of August, the organisation received more than 700 requests for help from academics in Afghanistan. This figure represents a huge jump from roughly 500 such requests for assistance in all that were submitted to Sar last year from across the world.

Quinn says the most important thing is for these academics to escape Afghanistan. The second priority is to obtain safe passage for their family and dependents, and the third is to continue their careers. Sar is trying to assist with all three.

‘The preferred course is if we can help them find a way out of Afghanistan and also match them with an opportunity in a country that will receive them,’ Quinn explains. ‘We may have a job offer for someone before we can get them out of the country, or vice versa, so we are trying to matchmake and bring the various pieces together.’

Out of Sar’s international network of higher education institutions, more than 200 have already agreed to host academic refugees from Afghanistan. Roughly 40% of these 200 member institutions – the vast majority of which are in Europe and North America – have indicated that they have the funds to pay for those positions. But because many other institutions lack the resources to do so, especially coming out of the Covid-19 pandemic where budgets have been strained, Quinn says support from charities and donors will be crucial.

‘With regard to the science community, we haven’t seen anything like this since the second world war,’ he declares, referring to the scale of the 1930s effort in Europe that created 500 to 1500 positions for scholars. That campaign was primarily focused on finding placements for academics fleeing Germany, but as war spread it broadened to cover scholars in Nazi occupied territories like France. Nations that received these refugees in that second world war period saw great benefits, beyond the humanitarian impulse to help colleagues, and Quinn suggests the same thing will happen in the current era.

As of 1 September, Sar and more than 100 scholarly organisations had signed an urgent appeal to European governments and EU institutions to take action to help Afghanistan’s scholars, researchers and civil society actors. ‘Many European higher education institutions are ready to host scholars in temporary positions [and] capture that opportunity by expediting the processing of individuals for whom they are ready to step forward, and providing logistical support,’ the organisations assert.

Other recommendations outlined by the organisations include waiving any intent-to-return and home residency requirements that may apply to visa applications for Afghan scholars and researchers for the foreseeable future. Sar also wants to see a dedicated EU fellowship scheme created for researchers from Afghanistan, especially women and ethnic and religious minorities.

Nasrin Husseini, who was one of only two women in her class of approximately 75 when she graduated from Kabul University with her veterinary medicine degree in 2010, is not optimistic about the future of Afghanistan. She recounts that, even after the Taliban fell, the barriers she encountered and threats she endured as an educated woman in Kabul, and a member of the persecuted ethnic minority group the Hazara, were too much to endure. Shortly after she graduated she settled in Canada. 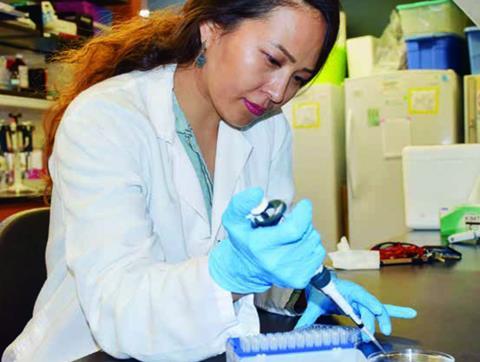 Nasrin Husseini left Afghanistan shortly after becoming the first woman to gain a veterinary medicine degree in 2010. She fears for the future of science in the country, and worries that women and minorities will be shut out

‘After 20 years, the return of the Taliban shows that we have gone backward 100 years,’ says Husseini, who received a master’s degree in immunology at the University of Guelph last year and is now a researcher there. ‘Everyone is horrified and is looking for a way to leave the country – even if it is temporary to some place nearby like Pakistan or Iran – but nobody is talking about staying.’

‘These are the same people who killed our young educated generation and targeted them in the universities and schools, why would we expect them to support education and science,’ Husseini continues. ‘Based on what I have seen, I am not very hopeful at all and don’t believe any promises that they make.’

Husseini’s entire family, including her parents and five sisters, were able to join her in Canada in 2018. She has passed her Canadian citizenship exam and is waiting to take her citizen’s oath. In the meantime, Husseini is volunteering with the Canadian Hazara Humanity and Services, working to encourage the Canadian government to take in Hazaras from Afghanistan who are seeking refugee status.

The hope is that by helping researchers, scholars and other forward thinkers escape, resettle elsewhere in the world and continue their careers, that Aghanistan’s scientific capacity, expertise and output can be maintained around the world. If they are kept safe and their talents are preserved, they can then make a choice whether to return to Afghanistan when conditions there have improved.

Quinn notes that many exiled scholars continue to supervise PhD students in their home countries, and higher education now takes place across more locations than ever before. ‘I have no doubt that many will go back, and if not most will form bridges between the home country and the new host country of refuge,’ Quinn says.