The chemistry of diplomacy

State Department’s new science adviser, Vaughan Turekian, will use his atmospheric chemistry background to promote science in US diplomacy 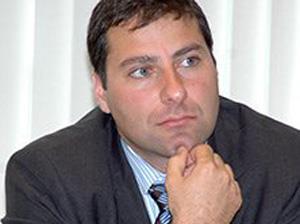 Vaughan Turekian was named science and technology adviser on 8 September

The US State Department’s new science and technology adviser, chemist Vaughan Turekian, is inspired by the view from his new office in Washington, DC, where he can see both the National Academy of Sciences (NAS) building and the Lincoln Memorial. Established by Congress in 1863 through an act signed by President Lincoln – an inventor in his own right, who owned several patents – the NAS is charged with providing independent, objective science and technology advice to the nation.

‘It is an interesting physical space to be in to see these connections,’ says Turekian, who will draw upon an atmospheric chemistry background and vast policy experience in his new job to promote science, technology, and engineering as integral components of US diplomacy. Installed as the fifth science and technology adviser to the US Secretary of State, Turekian points out that his four predecessors each began their jobs under one Secretary of State and continued on under another. He says this is ‘quite remarkable’ for a senior level position in the State Department, and suggests this reflects that ‘science issues are not political issues’.

Currently, there are over 100 PhD scientists and engineers employed in the State Department, about one-third of which are in temporary posts, according to Turekian. The figure was ‘in the tens’ prior to the appointment of the agency’s first science adviser, he says.

Turekian cites several examples where chemistry can be an important part of foreign relations. For instance, he says chemistry helps to understand what’s happening in the environment, an issue which can be very important when it comes to how nations cooperate to address issues such as air pollution.

In fact, he notes that the first environmental chemistry Nobel prize was awarded in 1995 to a group of chemists who determined the mechanism of ozone destruction by chlorofluorocarbons. He says this discovery helped spur the establishing of the Montreal Protocol, an international treaty designed to protect the ozone layer by phasing out the production of ozone depleting chemicals. The protocol was widely considered a diplomatic success.

There is little doubt that he was strongly influenced by his father, Carl Turekian – a very well know geochemist who was an early pioneer in the field. He passed away in 2013, at the age of 85.

‘When I would visit his lab, I was always impressed by the sheer international nature of his colleagues and collaborators – from Asia, and many from Europe and Latin America,’ Turekian recalls. ‘Here was this global mixing pot in his laboratory.’

Turekian received two undergraduate degrees Yale University – one in geochemistry and another in international relations. He went on to earn a master’s and a PhD in geochemistry from the University of Virginia, focusing on atmospheric chemistry by applying stable isotopic tracers to characterise aerosol sources and chemistry in the marine boundary layer.

During graduate school, Turekian became very interested in the role that science could play in helping inform policy, and eventually ended up getting hired by the NAS in 2001. He served as the study director for a climate change report requested by the Bush administration.

While at the NAS, Turekian worked with preeminent US climate scientists, including the organisation’s current president, Ralph Cicerone, and Sherwood Rowland, who was one of the three winners of that initial environmental chemistry Nobel prize.

He went on to become the chief international officer for the American Association for the Advancement of Science (AAAS) and to direct the organisation’s Center for Science Diplomacy.

In his new role at the State Department, Turekian says he wants to serve as the ‘connective tissue’ between the agency and the vast US science and technology community. His aim is to help mobilise the scientific community to engage in the nation’s foreign policy priority areas, like the environment and climate change, as well as issues around energy and economics. Turekian identifies several ‘economically disruptive technologies’ that are on his radar, including energy storage, 3D printing and robotics. He suggests that these fields have near-term and maybe even immediate impacts on foreign policy.

As an example, Turekian points to advances in battery and energy storage technologies, which he says are happening at an unprecedented pace. ‘How we store electricity, and the technology advances taking place there, has big implications for how the foreign policy community thinks about things ranging from energy security to environmental issues like climate change … and trade issues,’ he tells Chemistry World.

When it comes to 3D printing technology, Turekian says it has repercussions for advanced manufacturing. ‘The ability to rapidly and, in a more distributed nature, print things on demand will have implications for how we think about supply chains,’ he remarks.