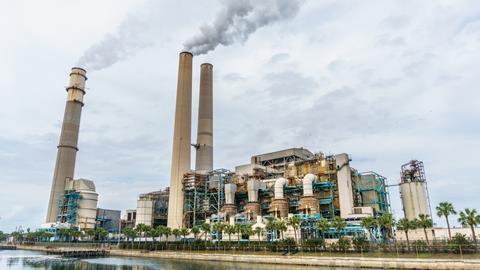 The Trump administration has made good on its pledge to repeal President Obama’s controversial Clean Power Plan (CPP), which had set the first US limits on carbon emissions from coal-fired power plants. Environmental advocates are up in arms, but industry is pleased.

On 19 June, the US Environmental Protection Agency (EPA) issued the final Affordable Clean Energy Rule (ACE), which officially replaces the CPP and lets states determine how or whether to regulate pollution from coal-fired power plants. The ACE establishes emission guidelines for states to use when developing their strategies to limit carbon dioxide at their coal power plants.

The Obama administration’s CPP was criticised by the chemical industry – the American Chemistry Council (ACC) expressed serious concern that the plan might harm growth in the US chemical sector by raising costs. It was never implemented because the supreme court granted a temporary stay in 2016 in response to lawsuits brought by industry groups and several state attorneys general. The former EPA administrator under Trump, Scott Pruitt, was involved in bringing those legal challenges in his previous job as Oklahoma’s attorney general.

The Environmental Working Group (EWG) cites estimates that the new ACE rule will reduce carbon dioxide emissions from power plants by just 1.5% by 2030, far less than the Obama proposal’s 30% target

‘The truth is there is nothing President Trump or [current EPA] administrator [Andrew] Wheeler can do to save this already dying, dirty source of energy,’ stated EWG’s president, Ken Cook. ‘But today’s action will likely extend the life of some coal plants and increase the dangerous pollution they emit into the environment,’ he said.

The president and chief executive of the American Coalition for Clean Coal Electricity (ACCCE), Michelle Bloodworth, applauded the EPA’s new regulation, saying it represents a ‘sensible and legally sound approach’ to regulating carbon dioxide emissions from the nation’s coal fleet. ‘We are especially pleased the ACE rule provides flexibility to set reasonable carbon dioxide standards that do not force the premature retirement of more coal-fired generating units,’ Bloodworth stated. ‘For that reason, we commend the EPA for not attempting to use environmental regulations to drive energy policy.’