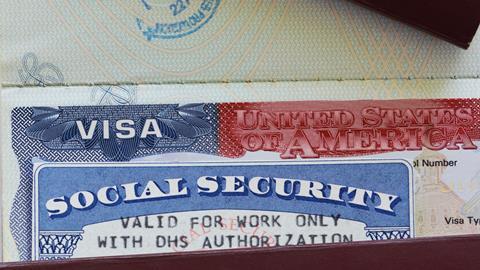 Science groups, academic organisations and researchers at US universities are expressing concerns about new travel restrictions just announced by the Trump administration. The order replaces and updates the president’s previous travel ban that was tied up in court and expired on 24 September.

The White House’s new edict on immigration and visas was unveiled as the supreme court geared up to hear arguments next month on the legality of the earlier version of this travel ban. The court has now cancelled this hearing.

The Trump administration’s new policy, which would be phased in next month, affects eight countries, including now non-Muslim majority nations like Chad and North Korea. It would also remain in effect indefinitely, unlike its predecessor. Under Trump’s previous immigration order, people from six Muslim-majority nations would have been prohibited from entering the US for 90 days.

The new immigration policy varies by country. Entry into the US would be broadly suspended for most of the nations identified, and travellers from some of the countries would be subjected to increased vetting. For example, the new policy would simply suspend entry of North Koreans, while students from Iran can enter the US but will face ‘enhanced screening and vetting’.

The American Chemical Society (ACS) is worried that such actions may harm scientific exchanges among researchers and students worldwide. ‘On the issue of security, ACS readily acknowledges that the US and other countries must act to defend their borders and citizens from credible threats, but the society cautions that those actions must be balanced and not interfere with legitimate international exchanges, such as scientific research,’ says Susan Morrissey, an ACS spokesperson.

The American Association for the Advancement of Science (AAAS) and organisations representing research universities also denounced the new immigration edict, as they did with the travel bans. ‘The Trump administration’s actions on immigration and visas – most recently the 24 September White House proclamation – continue to have a chilling effect on students and scientists who seek to work and collaborate with their peers in the United States,’ stated Rush Holt, the AAAS’s chief executive. ‘Scientific progress depends on openness, transparency and the free flow of ideas.’

Holt, a former congressman and physicist, said the US has historically benefited from international scientific talent. He expressed concern that the administration’s policies are ‘trading the loss of scientists and future scientists to our country for unsubstantiated improvements to security’.

The president of the Association of American Universities, Mary Sue Coleman, also warned that the White House’s actions could ‘create uncertainty’ for those pursuing higher education in the US, threatening the country’s economic competitiveness and global leadership status.

‘The American scientific enterprise is built on a diverse international workforce, and so federal policies that have a chilling effect and would cause a foreign-born person to reconsider coming and working or studying in the US are not in the best interest of America or American science,’ Ben Corb, a spokesperson for the American Society of Biochemistry and Molecular Biology, tells Chemistry World. ‘It is more of the same, it is doubling down on the same kind of narrow policies.’

Cameron Abrams, a chemical engineering professor at Drexel University in Philadelphia, US, cautions that the new measures particularly affects potential students from Iran, who have proven to be important to the school’s chemical engineering department. ‘By and large, the students that we have brought in from Iran have been excellent,’ Abrams states. ‘We worry that we are going to cut off that supply of students – maybe not by technical deed, but in a soft way. Is this sending the message that they are not welcome to come here?’ he asks.