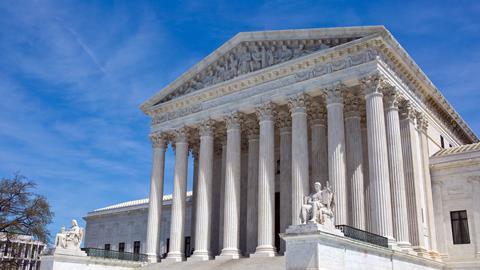 The US supreme court’s decision to uphold a controversial White House immigration order, after a year-and a half in limbo, could seriously damage America’s scientific enterprise, research universities and science organisations are warning. The 26 June ruling on a third iteration of the Trump administration’s so-called travel ban indefinitely restricts most entry to the US from five Muslim-majority countries including Syria and Iran, and also applies to North Korea and government officials from Venezuela.

The ruling follows the Trump administration’s two previous efforts to issue immigration edicts, which were tied up in the courts over allegations of religious discrimination. The first version of the immigration order, released in January 2017, applied specifically to seven Muslim-majority nations.

‘While the US supreme court ruled that the president has the authority to implement the existing travel ban, the court did not rule on whether such a policy is wise. It is not,’ declared Peter McPherson, president of the Washington DC-based Association of Public and Land-grant Universities. ‘Public universities remain deeply concerned about this misguided travel ban and the message it sends to all international students and scholars who have long been drawn to US universities to undertake studies, conduct research and teach students at our world-leading institutions.’

Mary Sue Coleman, president of the Association of American Universities, said her organisation is also ‘deeply disappointed’ by the supreme court’s decision. ‘We will continue working closely with our federal partners to ensure the visa system prevents entry by those who wish our nation harm, while maintaining the inflow of global talent that has contributed so much to our nation,’ she said.

Groups like the American Association for the Advancement of Science, the American Society for Biochemistry and Molecular Biology and the American Chemical Society (ACS) are also worried. ‘While the ACS is strongly committed to assuring the safety of the nation, it does remain concerned, as we expressed in January 2017, about the potentially chilling effect travel bans could have on the scientific enterprise,’ says the organisation’s spokesman, Glenn Ruskin.

However, Ruskin reports that the ACS has not seen a serious disruption of non-US scientists attending its annual meetings in the US since Trump’s original immigration order was issued in January 2017. ‘There has been a lot of confusion, but relatively few problems, and for those that do come to our attention we work with them and the US State Department to try and address the issues with visa approval,’ he explains.

Cameron Abrams, a chemical engineering professor at Drexel University in Philadelphia, fears that the US’s now finalised immigration policy will lead to a lack of qualified students and researchers from Iran. His department has accepted two applicants from Iran into its PhD programme for the autumn 2018 term. ‘Now it is not clear whether or not they will be able to come,’ he says. ‘I understand there are case-by-case exceptions to the ban and we are hopeful one of those will be for PhD students accepted at research universities.’