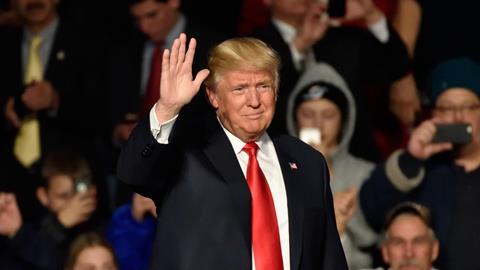 The US supreme court has reinstated a limited version of President Trump’s immigration order that temporarily banned travellers from six muslim-majority countries from entering the country. The court has done so in such a way that it addresses many major concerns of the science community and research universities.

The 26 June decision by the US’s highest court appears to allow invited students, lecturers and faculty from the countries targeted by the Trump administration’s directive to come to the US. This has come as a relief to the country’s science and higher education advocates.

It is still a very murky outlook for scientists in general

Joanne Carney, American Association for the Advancement of Science

The president of the Association of American Universities, Mary Sue Coleman, said the court has ‘rightly recognised’ that students, faculty and lecturers from the designated countries have a bona fide relationship with a US entity and should not be barred from entering the country. ‘This should make clear to the world that the United States continues to welcome the most talented individuals from all countries to study, teach and carry out research and scholarship at our universities,’ stated Coleman, who is a biochemist.

When the Trump administration’s initial executive order went into effect in January, foreign students and professors trying to travel to and from their US universities were unintentionally affected. There was significant concern that the country’s leadership in science and technology would be compromised by the president’s directive.

Joanne Carney, who directs government relations for the American Association for the Advancement of Science, agrees that the supreme court’s action is overall ‘a positive sign’ for students and professors who have a formal contract or relationship with US universities, such as an acceptance letter. However, she says that her organisation continues to have broader concerns about the administration’s immigration order.

‘It is still a very murky outlook for scientists in general, especially when it relies on counselors making a determination about what constitutes a “bonafide relationship” – it is still possible that students, faculty and lecturers at US universities will encounter delays and limits on travelling to the US,’ Carney warns. ‘This still doesn’t counter the fact that many foreign nationals will view the US as an unfriendly place to work and study in science and technology fields […] many will still decide to go elsewhere.’

Trump called the supreme court ruling ‘a clear victory for our national security’, pointing out that the decision was unanimous. The court will take up the case in October, but portions of the immigration order can be implemented in the meantime.

These travel restrictions were slated to take effect within 72 hours of the supreme court’s decision. However, the Department of Homeland Security (DHS) said it will provide additional details on implementation after consultation with the Justice and State Departments. Further, DHS promised that the executive order will be implemented ‘professionally’ and with ‘clear and sufficient public notice’.

The president’s original immigration order was initially interpreted to prohibit entry of permanent residents, or green card holders, from the six nations in question. Massive protests ensued at major US airports, where people from the banned countries were stopped from entering the country. A federal judge in New York moved quickly to temporarily block part of the edict, ruling that people who had arrived in the US with valid visas could not be denied entry.

In March, the White House issued a new executive order on immigration that exempted current US visa and green card holders from the travel ban. However, court action again prevented that revised order from being implemented.