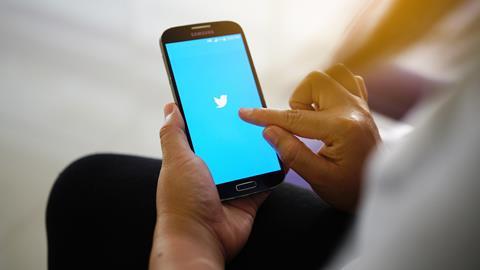 On 5 March, the Royal Society of Chemistry (RSC) will launch its fifth poster conference to be held at the world’s largest conference venue: Twitter. Run entirely on social media, researchers can present virtual posters in 12 different categories, ask questions and network – all without having to leave the comfort of their office or home.

The event started out as an idea of analytical chemist Matthew Baker from the University of Strathclyde, UK. ‘I was just looking at Twitter and most of it was just people tweeting their work, but there was no real engagement or questions,’ he explains. ‘I was trying to come up with ideas to get researchers into conversations on Twitter.’

In 2015, the world’s first Twitter poster conference received 80 submissions.1 Although it was confined to analytical chemistry, around 1700 tweets were associated with the hashtags. Since then, the conference has expanded to all areas of chemistry, quadrupling the number of tweets to almost 6800 in 2018.

This year, the organisers hope to attract even more participants who can join any of 12 sections that include fields such as analytical, physical and environmental. ‘We hope to get it trending on Twitter,’ says RSC development editor and conference organiser Hannah Kerr. Although registration is encouraged, all people need to do is tweet their poster on the day under the hashtag #RSCposter, along with one of the other hashtags for their field.

However, participants might have to rethink the way they present their work. ‘Normal posters are often quite text heavy. That just doesn’t work on Twitter,’ explains Kerr. ‘So we would say: pictures, as much as possible. We’re also encouraging gifs, it can even be a video.’

And here we go! I am glad to present our contribution to the #RSCPoster conference, in the area of #RSCOrg!
If you want to take a closer look to the poster, you can enter here https://t.co/I5eJ2bOyAa and download it as a pdf!@RealTimeChem @ICIQchem @Perez_Temprano pic.twitter.com/FiNlKXQKom

There are two cash prizes of £100 and £50 per section up for grabs with the exception of education, which is offering a prize of £100 for the primary and secondary education section and the same again for higher education. There’s also a chemistry board game for the most retweeted poster and a Royal Australian Chemical Institute membership for the best Australian submission.

Running a conference on Twitter helps remove barriers, says Jennifer Garden from the University of Edinburgh, who will co-chair the new catalysis section. ‘Because there are no expensive conference fees or travel costs, it really is a lot more accessible for a broader range of researchers.’

‘I see much more participation from younger people in comparison to real conferences,’ adds Athina Anastasaki of ETH Zurich, Switzerland, one of the chairs for the materials category. Social media, she explains, might make it easier to ask questions for those who might be too timid to do so in person.

While they won’t replace the real thing, social media conferences have a lot to offer, Anastasaki thinks. ‘If we grow further, we could start including recorded talks or even live streaming.’