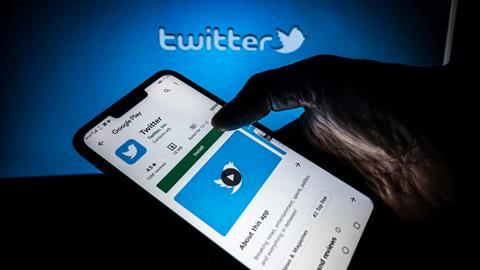 Tweeting about your research increases the number of citations it goes on to attract, according to a new analysis.

The study analysed the citation patterns of 112 papers in the field of thoracic surgery published between 2017 and 2018 in the Annals of Thoracic Surgery and The Journal of Thoracic and Cardiovascular Surgery.

Half of the sample studies were promoted on Twitter by one delegate of the Thoracic Surgery Social Media Network (TSSMN) and retweeted by 11 other delegates. Four articles were tweeted per day for two weeks. The other 56 articles weren’t tweeted at all. A year later, the articles that were tweeted had attracted a higher number of citations than the group of papers that weren’t tweeted.

‘While several authors had previously shown that, retrospectively, increased social media activity was associated with greater citations, it was unclear if this was related to the actual impact of the tweeting,’ says study co-author Jessica Luc, a cardiac surgery scholar at the University of British Columbia in Vancouver, Canada. ‘We would encourage researchers to consider taking the extra step with their manuscripts, whether it is to write a tweet, tweetorial, social media post, video or blog post to provide context for their study in an easy to understand manner.’

But outside experts are unconvinced. Stefanie Haustein, an information scientist at the University of Ottawa, Canada, praised the authors for conducting a randomised control trial, which is widely considered the gold-standard scientific technique to establish an effect, and said the study’s statistics are ‘robust and well done’. However, Haustein, who has conducted several studies on the relationship between tweets and citations, says the study’s methodology has some ‘serious concerns’, particularly with the use of alternative metrics, or altmetrics, a metric often used to measure how scholarship is discussed online. She also notes that the study has a small sample.

According to one of Haustein’s previous studies, only 23% of chemistry papers that were indexed in the database Web of Science in 2015 were tweeted at least once, compared to 59% of biomedical research papers. A 2013 study of 1.4 million papers by Haustein, however, suggests that the link between tweets and citations is low even in the biomedical literature.

Juan Pablo Alperin, a scholarly communications researcher at Simon Fraser University in Burnaby, Canada, echoed Haustein’s concerns about the new study’s methodology. ‘There is a relationship’ between tweets and citations, he says, ‘but it’s not a particularly strong one’.

Still, Haustein and Alperin suggest researchers should sign up to social media, including Twitter, to promote their work. ‘It’s every researcher’s responsibility to mobilise the knowledge they gain,’ Haustein says.