The news that the University of California, Berkeley, was reportedly considering reorganising or dismantling its College of Chemistry (CoC) to cut costs generated sufficient anger to kill off the idea. This is thanks in part to many letters and emails from faculty, alumni and students, along with a number of winners of the Nobel prize and the National Medal of Science. 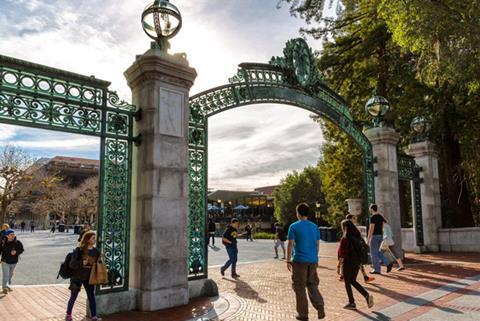 University officials now say the dissolution of the College of Chemistry is no longer on the cards. The 144-year-old college will remain intact as a single independent unit. What had apparently been discussed was absorbing the college’s two departments into the university’s other larger colleges. The university has a projected deficit of around $150 million (£107 million) for this year.

When the concept of restructuring the college was floated earlier this year, undergraduate chemistry student Jonathan Melville launched a petition in February to stop the idea in its tracks. The petition was signed by scientists from inside and outside the university, and has currently garnered almost 4500 signatures.

‘I am certain that the outpouring of support from the CoC community was crucial in persuading campus that the unique structure of the College of Chemistry is integral to its worldwide reputation, to the outstanding productivity of its renowned faculty and to its strength as a fundraising and revenue-generating enterprise,’ said Douglas Clark, dean of the college.

Ronald Cohen, an atmospheric chemist and professor within the College of Chemistry, agrees that the massive expression of support for the college was one key factor that persuaded the university’s administration that the best way to build a better UC Berkeley was by soliciting input from the faculty, rather than by dictating from the top. ‘There are ways that we can do better chemistry by collaborating with our colleagues in other departments,’ Cohen tells Chemistry World. ‘A better strategy to enable those relationships to grow is to ask us in which places we could do better.’

Cohen adds that faculty have already been asked to provide input on how chemists at Berkeley can work more productively with colleagues in biology, material science, earth science and other departments to do more exciting science. ‘They have now put addressing that question into the hands of faculty,’ he says.