UK ordered to clean up NO2 pollution immediately 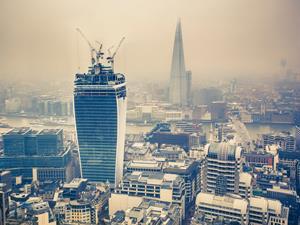 The UK supreme court has ruled the government must take ‘immediate action’ to deal with levels of nitrogen dioxide pollution that exceed limits set by the EU. Its current plan, which allows illegal levels of pollution to persist for more than 20 years after the original deadline, must be scrapped in favour of a more effective strategy before the end of 2015, judges said.

Nitrogen dioxide pollution comes mainly from vehicle exhausts, particularly those with diesel engines which produce more than those that run on petrol. Several countries have struggled to curb emissions, with 17 member states exceeding EU targets.

The ruling is the latest development in a legal case first brought by environmental law organisation ClientEarth against the UK government in 2011 for failing to cut nitrogen dioxide emissions to target levels before the 2010 deadline set by the European commission’s air quality directive. In 2013 the supreme court upheld ClientEarth’s legal challenge, saying that the UK government had breached the directive. A European court later ruled that judges in the UK could force the government to comply with EU rules.

Under the latest supreme court ruling, the government will have to throw out its existing plan to cut pollution levels – under which nitrogen dioxide levels in several UK cities would continue to exceed the EU target until 2030 – and come up with a new plan by the end of this year. This will apply regardless of the result of the upcoming general election.

‘The new government, whatever its political complexion, should be left in no doubt as to the need for immediate action to address the issue,’ the judges said.

But dealing with nitrogen dioxide pollution won’t be easy, or cheap. Frank Kelly, director of the Environmental Research Group at King’s College London, UK, warns that the government will have to act fast. ‘To decrease NO2 concentrations in urban areas will require either a marked reduction in vehicle numbers, especially diesel buses and taxis, or replacement of diesel fleets with low emission vehicles at considerable cost to the public (and private) purse,’ he says. This goes against previous policies, which have encouraged diesel car ownership because the vehicles produce less carbon dioxide.

ClientEarth has welcomed the decision and called for the introduction of low emission zones and economic incentives such as congestion charges to tackle the problem. ‘Air pollution kills tens of thousands of people in this country every year. We brought our case because we have a right to breathe clean air,’ ClientEarth lawyer Alan Andrews said in a statement. ‘The supreme court has upheld that right.’