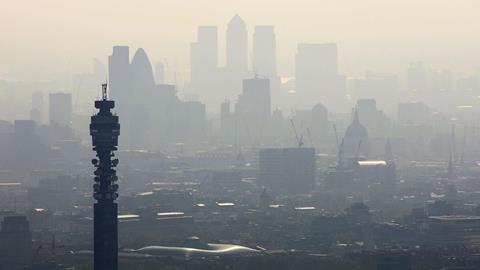 The UK’s plan to tackle nitrogen dioxide levels could include zones where additional congestion charges are applied to diesel vehicles, and improved emissions information for car buyers. The draft of the UK Air Quality Plan was published last week after attempts to postpone its release until after the general election were blocked by the high court.

‘The most immediate air quality challenge is tackling the problem of nitrogen dioxide concentrations around roads – the only statutory air quality obligation that the UK is currently failing to meet,’ it says. The supreme court ordered the government to come up with measures to tackle nitrogen dioxide after breaching emissions limits set by the EU.

The plan does include the goal of making ‘almost every car and van to be a zero emission vehicle by 2050’ and states that R&D for ultra-low emissions technology will be important. But it has been criticised for not doing enough to address nitrogen dioxide pollution from existing diesel vehicles.

‘The government has basically placed the ball in the court of local authorities to tackle air pollution without any guarantee of additional funds. Congestion charging, a possible source of funding, should only be used a last resort,’ commented Ian Colbeck, a professor of environmental science at the University of Essex. ‘One interesting suggestion is the revision of information to car buyers to include nitrogen oxides emissions. However, there is currently no idea how best to do this.’

The plans are open for consultation until 15 June.