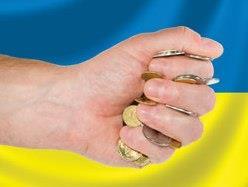 The Ukrainian National Academy of Sciences (NAS) has called on the national government to increase funding for science, which has been hit by chronic underfunding in recent years.

This year the Ukrainian government has allotted only UAH2.4 billion (£188 million) for scientific research. This is even less than that recommended by the Verkhovna Rada, the Ukrainian parliament, at the end of last year.

The decline in funding for Ukrainian science is linked to the country’s complex economic situation and its dependence on Russian gas. In recent years, due to the rising cost of Russian gas, the Ukrainian government has been forced to make drastic cuts to its federal spending, including science, which has sparked fierce criticism from the academic community.

Ukraine appeared to have a bright future after the breakup of the USSR, when it looked like a funding bonanza was on the way. Back in 1996, Ukrainian researchers were promised as much as 5% of the country’s GDP by Leonid Kuchma, the then president of Ukraine. However, since then, more money for science has not materialised.

Yuri Tokarev, a biologist and the first deputy director of the Institute of Biology of Southern Seas of the Ukrainian NAS, says that science funding has fallen to its lowest level since the collapse of the USSR. This is despite the fact that Ukraine, with a population of 45 million, still has the most scientists of any country in the Black Sea region.

According to Nikolai Shevchenko, head of the secretariat of the Committee on Science and Education of Ukraine, the reduction in spending on science is a violation of Ukrainian law, which obliges the government to put 1.7% of the country’s GDP towards scientific and technological activities. Shevchenko says that Ukraine’s GDP is estimated at UAH1 trillion, so science should receive about UAH20 billion in state support each year.

Nevertheless, the government says that its hands are tied by a lack of money. It is currently considering making changes to the aforementioned law so as to boost funding by 0.1% of GDP each year to try to reach the 1.7% benchmark eventually. However, most Ukrainian scientists are unhappy with the plans, and are demanding more money for science this year - at least UAH3.4 billion.

Ukrainian scientists are also struggling with low wages. Academic staff are meant to be paid twice the country’s average salary. Currently though, they receive just UAH2600-2700 per month, less than the average wage of UAH3000. At the same time there have been calls to increase payments for scholarships, particular those for postgraduates, which are currently funded to the tune of UAH1200-1600 per month.

‘The present position of the state toward domestic science could be described as a game of double standards,’ said Anatoly Shirokov, head of the NAS of Ukraine. ‘In recent years, funding of science reached a maximum of 0.4% of GDP, while in 2011 and 2012 it declined by up to 0.3%.’ He points out that other areas, such as industry and welfare, receive much more generous state support. ‘According to calculations of the Ukrainian Academy of Sciences, the minimum needs of Ukrainian science are estimated at UAH3.4 billion per year.’

Shirokov says that the chronic underfunding has already resulted in a significant decline in quality science carried out in the country. A complicating factor is that, at present, only around 10% of Ukrainian companies carry out any scientific or technological research.

Boris Paton, president of the academy, says that another problem is that over the past two decades, Ukraine has lost an important link between science and industry. As a result, many leading Ukrainian universities do not have the option of liaising with industry before they launch a spin out company or attempt to sell their skills on the market. Shirokov also adds that Ukrainian science needs to be reformed, with inefficient universities and scientific institutions closed and the establishment of special research and production complexes.