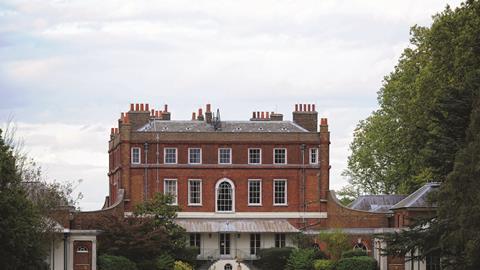 The trade union Prospect has warned that 9% of jobs at the National Physical Laboratory (NPL) could go because of a new business strategy that will see researchers in certain disciplines laid off despite growth elsewhere. The NPL develops standards to ensure accuracy in measurements and has been part of an international team seeking to link the weight of the kilogram to a physical constant – rather than the current iridium–platinum cylinder.

In a statement, the union said that NPL ‘wants to invest in new areas of work, while withdrawing from others’, and warned that a ‘lack of joined-up thinking’ could result in as many as 50 of its more than 700 employees being made redundant unnecessarily instead of moved to other departments.

‘Frankly, it seems perverse to be talking about this plan in terms of growing the business, while at the same time putting so many skilled jobs at risk,’ Prospect negotiator Clive Scoggins said in a statement last week.

It is unclear exactly which areas face the axe. A spokesperson for NPL tells Chemistry World a ‘consultation process’ with current staff is still ongoing. They also insisted the new strategy was ‘not a headcount loss exercise but a changing of our science portfolio’, adding that future investment will focus on ‘areas where metrology can make a huge difference to current and future areas of growth or challenge for the UK’ including medical physics, data science and quantum technology.

Staff were informed about the restructure in May, but were not given much detail, according to one NPL researcher who has asked to remain anonymous. They have been told their job is ‘at risk’. There has since been a round of voluntary redundancies, and if those at risk are not sent to other departments within the next few weeks they will be given notice.

‘The perception of the staff is that they are getting rid of people before the new areas have been planned properly,’ the source says. ‘This means people don’t have the chance to be redeployed or retrained in the new areas. The plans for the new areas do not seem to be very detailed – perhaps they are keeping them quiet or perhaps they haven’t done them yet.’

Scoggins tells Chemistry World that Prospect is working with senior managers at NPL to ‘improve communication and transparency around the business decisions that led to scientists being placed at risk of redundancy’.

‘Prospect is asking NPL to carefully consider how it can ensure that the maximum number of redeployment opportunities are provided so that essential scientific skills are not lost to the organisation before it has determined it’s future direction,’ he adds.