Student choice, teaching quality and social mobility are the key to improving higher education (HE), says the UK government’s white paper, which is likely to have far-reaching effects. The research funding establishment will be on the receiving end of one of the biggest shake-ups since the 1960s. A bill is to follow very shortly, possibly in the next month. 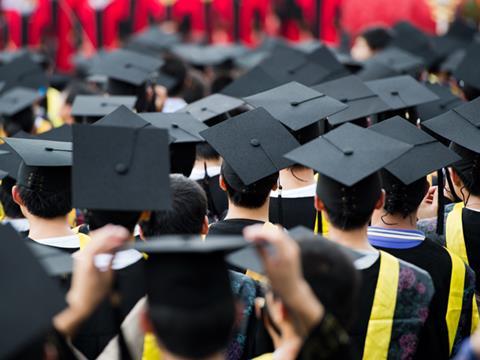 The university system is changing but not fast enough, the white paper argues. Access is uneven, courses are inflexible, many students are dissatisfied and employers complain of skills shortages. ‘At the heart of this lies insufficient competition and a lack of informed choice,’ it states. So, to increase competition, the paper proposes new rules to make it easier and quicker for new ‘providers’ to enter the market so giving students more choice over the type of education they receive.

On research, the government promises to keep the ‘dual support’ system of grants and quality-related funding. As expected, it follows Sir Paul Nurse’s recommendations to bring together the seven research councils, Innovate UK and the research responsibilities of the Higher Education Funding Council for England (Hefce) into one body, UK Research and Innovation. But research councils and Innovate UK will ‘retain their identities’ and budgets.  UKRI will have responsibility for the Research Excellence Framework (REF), which assesses the quality of university research, and the associated university ‘block grant’ for English universities – both currently managed by Hefce, which is being abolished. A new Office for Students (OfS) will combine Hefce’s learning and teaching functions with the Office for Fair Access, which will assess quality and standards with ‘a wider range of powers to ensure compliance’.

Senior figures in HE have welcomed John Kingman, formerly of the Treasury, as interim chair of UKRI. He will set up the new organisation and recruit ‘a leading scientist’ as chief executive.

Nick Hillman, director of the independent thinktank the Higher Education Policy Institute, says his concern is that the government is spending time on reorganising research structures when funding is the big issue. He says vice-chancellors are divided about the changes, some seeing them as radical and ‘politicising’, and others as not very significant if its business as usual at the research councils.

Kieron Flanagan of the Manchester Institute of Innovation Research says this is the biggest shake-up of the organisation of research funding since the 1960s. ‘The new UKRI will effectively be a single funder, whatever is said about the continuation of existing councils within that. It will cover all areas of research so the UK will go at a stroke from having one of the most diverse funding ecologies in Europe to having one of the least.’ But he worries about how the ‘super-powerful’ chief executive of UKRI will be appointed: will parliament be formally involved? How will the scientific community and the public hold that person to account?

On teaching, the paper confirms plans for a Teaching Excellence Framework (TEF) which will assess aspects such as student experience and graduate job prospects. The TEF will give students more information and reward universities for high-quality teaching. Institutions which meet the TEF’s criteria will be able to raise their fees in line with inflation, starting autumn 2017. It will also include some elements of peer review, though details are unclear.

The government has recognised that metrics alone do not provide a complete picture of teaching quality so including peer review elements is probably not a bad thing, Hillman says. ‘Academics complain bitterly about the bureaucracy, pain and costs of the REF but recognise it has substantial benefits for the UK showing the rest of the world our high-quality research. TEF may become something like this. But it took years to get REF right.’

The white paper could be seen as ambiguous, argues Flanagan. The research reforms deal with the UK science base as one system and are presented as building on its strengths. But on the teaching side, they see a set of individual, competing institutions. ‘Yet the same set of institutions do both teaching and research. My major criticism of the reforms would be they are not joined up – we don’t know what the implications of teaching reform may be on research.’

‘With such a lot of change taking place at once, there are bound to be risks as well as opportunities, comments Campaign for Science and Engineering (CaSE) director Sarah Main. ‘We must take great care that our astonishingly successful research system is unscarred by the changes.’ Wendy Piatt, director-general of the Russell Group, also warns that the government should be careful about making any substantial changes to a successful research system. ‘Allowing the research councils and Innovate UK to retain their identities and budgets is a step in the right direction but we urge them to proceed with caution.’

Meanwhile, the Royal Society of Chemistry (RSC) is pleased that the government is to protect the Haldane principle – leaving detailed research funding allocations to be made by expert peer review – and that the dual support system will be protected. On the TEF, the RSC welcomes the decision to phase it in gradually over four years and to carry out pilots, but says questions remain about the appropriateness of the proposed metrics.

There are mixed reactions in response to the drive to open up the sector to other providers. Martin Doel, chief executive of the Association of Colleges (AoC), believes this ‘step-change’ away from the country’s traditional university system will empower more people than ever before to access HE. Hillman says that the problem to date has been that it has been too easy for unscrupulous providers to operate and too hard for excellent providers to get ahead. But others are concerned that the government is setting out to privatise the sector. Sally Hunt, University and College Union general secretary, says: ‘We have already seen too many scandals involving alternative providers in the UK and the US, so if we are to protect the global reputation enjoyed by our universities, lessons must be learnt and rigorous quality measures applied.’

TEF at a glance

Institutions will be assessed as ‘meeting expectations’, ‘excellent’ or ‘outstanding’ judged on student satisfaction, retention and graduate employment, as well as other metrics yet to be developed.

From 2019–20, institutions that ‘met expectations’ could increase their fees at a rate equivalent to 50% of inflation. Those in the top two categories would be eligible for a full inflationary rise. If a provider’s TEF level dropped, they would be required to lower the fees they charged, including for existing students.