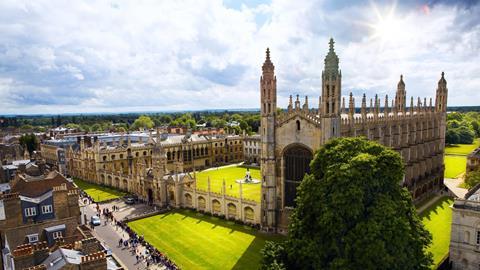 Mixed reaction as UK higher education reforms are rushed through

The UK government’s controversial Higher Education and Research Bill – representing the biggest shake up of the country’s university and research systems since the 1960s – has passed into law, prompting mixed reactions from the country’s academic communities.

Until last week, the law was passing back and forth between the House of Commons and the House of Lords while MPs and Lords negotiated last minute changes and amendments. But the announcement of a snap general election accelerated the process, because if the legislation wasn’t passed before parliament was dissolved on 3 May it would effectively have to be abandoned. The bill was voted through in the House of Commons on 28 April and has now received Royal Assent.

As part of the reforms, the UK’s seven research councils, along with Innovate UK and the Higher Education Funding Council for England, which will become Research England, will be brought together under a new body, UK Research and Innovation (UKRI), which will be overseen by former chief scientific adviser to the government Mark Walport.

And next year will see the creation of the Office for Students (OfS), a new regulator and funding council for universities. The OfS will be able to confer the title of university and degree-awarding powers to new higher education providers, and will oversee the assessment of teaching quality at universities through the Teaching Excellence Framework (Tef). Academics have expressed concern over plans to link Tef outcomes to the tuition fees universities charge, and have argued that many of the metrics included in the Tef, such as student satisfaction, are not good measures of teaching quality. Under the new legislation, universities will also be able to charge higher fees for ‘accelerated degrees’ that take less time.

During the bill’s passage through parliament, a number of amendments were accepted. For example, it is now more explicitly worded that the OfS and UKRI will have to cooperate with one other. The Haldane Principle – that researchers rather than politicians make decisions on which projects are funded – was also enshrined in law in another amendment after fears that the government could exert too much power over universities and their research.

‘With responsibility for research and teaching now split across two government departments, amendments that strengthen the required collaboration between the Office for Students and UK Research and Innovation are positive,’ said Robert Parker, the Royal Society of Chemistry’s chief executive back in March.

‘We are pleased the bill has now passed,’ said Julia Goodfellow, president of Universities UK. ‘We agreed there was a need for new legislation, but we had concerns about the original draft bill. Thanks to MPs and peers, and the willingness of ministers and officials to engage and listen, the final bill has been significantly improved. In particular, we’re pleased with changes that protect university independence and standards and set a high bar for giving degree awarding powers and university title.’

However, other amendments put forward by the Lords were rejected, including that students should be excluded from government immigration targets. Goodfellow said Universities UK would continue to campaign for ‘a more progressive immigration regime’ for university staff and students.

The University and College Union (UCU) is critical of the way many amendments to the bill had been ‘watered down’ at the last minute. ‘Peers across the political spectrum worked hard to address concerns raised by students and staff through a number of helpful amendments,’ said UCU general director Sally Hunt, adding that in the rush to get the bill passed some of these amendments were replaced with alternative ‘weaker’ concessions by the government before the final draft was voted on. ‘Without the protections offered by the Lords’ amendments, the bill risks eroding the quality and international reputation of our higher education system,’ Hunt said.