Kirsty Penkman is a reader at the University of York in the UK and runs the amino acid dating facility, NEaar 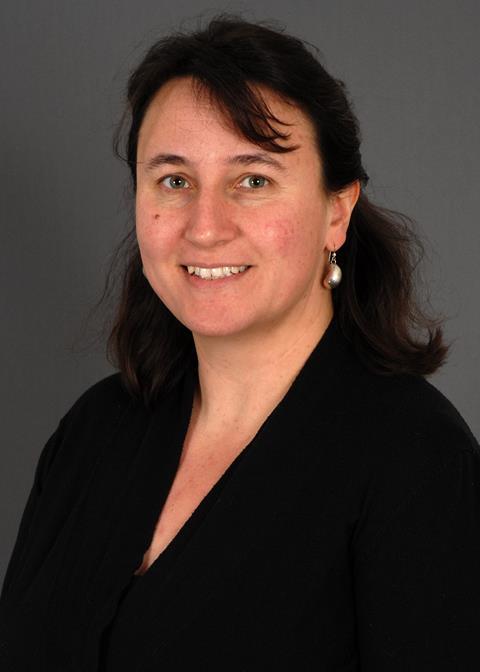 Kirsty Penkman is fascinated by opercula. They are the ‘little trapdoors’ that many snail species use to seal themselves away inside their shells, and they are Penkman’s favourite biomineral. She’s not alone – people have been collecting them for centuries and operculum jewellery was fashionable in the Victorian era – but for Penkman their appeal is more scientific than cosmetic.

Penkman analyses amino acids in biominerals from fossils to build up a picture of the Quaternary period – a subdivision of geologic time encompassing the last 2.6 million years and one in which the majority of human evolution has taken place. Opercula are ideal because their amino acids are securely preserved within calcium carbonate crystals over geological timescales.

‘We started to realise that the mineralogy of this material was really important,’ explains Penkman. ‘We could isolate the intra-crystalline fraction in lots of different biominerals, but ones made out of aragonite were susceptible to mineral breakdown over these geological timescales. Then I switched to analysing these teeny calcitic opercula and they are just a dream. I’ve run maybe 1500 samples of those and 98% of them are showing closed system behaviour. They just keep their proteins beautifully trapped as tiny time capsules over millions of years.’ 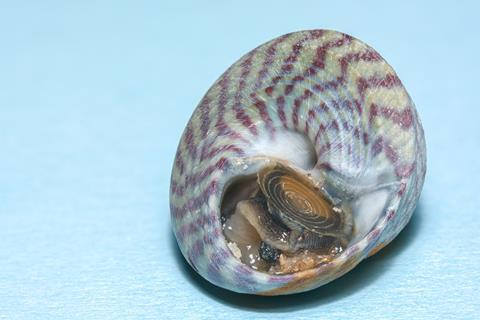 Some snail species have an operculum attached to the upper side of their foot, which they use to seal the entrance to their shell

She describes herself as ‘an analytical chemist at heart’ although the ultimate interdisciplinary chemist might be more appropriate. ‘In terms of analytical techniques, chromatography is our mainstay. We also use soft ionisation mass spectrometry, XRD, SEM and FTIR. We’ve also got to understand the reaction mechanisms of how proteins break down. And we need to understand how the organic and the inorganic parts of fossil minerals interact with each other. When you’re trying to understand a complex system, you’re trying to bring in all of those different facets.’

Central to her work is a dating method that analyses the proportion of left- and right-handed amino acids in a sample using HPLC. Molluscs such as snails, clams and oysters build their exoskeletons out of layers of calcium carbonate and tiny quantities of protein. The proteins are homochiral but, over time, the amino acids in fossil proteins racemise at a predictable rate, so the degree of racemisation in a sample can be used to estimate its age. However, to do this reliably, Penkman must first establish that, between synthesis and analysis, those proteins have been shut off from the outside environment. 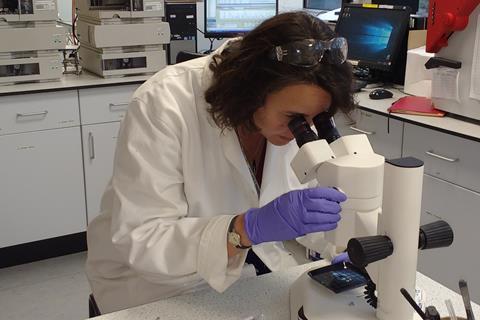 Amino acid racemisation dating was originally developed to date bivalve and gastropod shells beyond the limits of radiocarbon dating. Penkman extended the technique to opercula and, more recently, to teeth by adapting it for calcium phosphate. To reach that point, she performed exhaustive experiments, testing the intra-crystalline fractions in thousands of samples to find those that behave as closed systems and hence validate the process as a dating technique. ‘It means that we can now date mammals as well as the shells that were next to the mammals,’ she explains.

Penkman thrives on the analytical challenge of working with fossils. ‘The things you’re looking for are incredibly low in concentration, they’re often very degraded and there’s a whole load of other stuff in there that complicates your analysis, both organic and inorganic. Some of it is originally there, some of it is contamination. But the beautiful thing is, if you can isolate the part you want to look at without changing it, then it can tell you so much about that particular organism, but also about other things such as the past environment, bearing in mind the timescale that fossil has been sitting there for. I love being able to answer big questions that you can’t otherwise get a handle on.’ 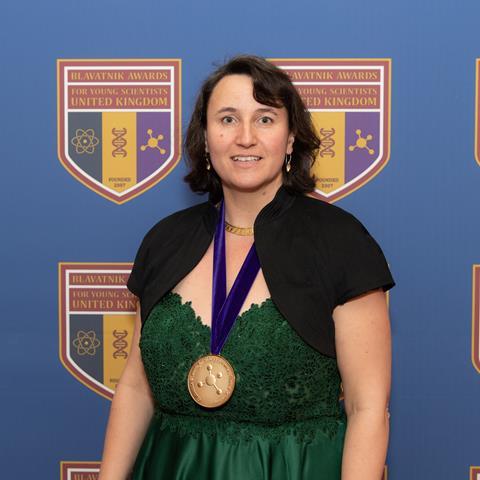 Penkman’s work led to her being named the chemistry laureate of the 2020 UK Blavatnik Awards for Young Scientists. She is still deciding what to do with her £75,000 cash prize: ‘It’s such an enormous amount of money that I want to think carefully and do something really beneficial with it. Perhaps related to understanding climate or supporting equality and diversity in science.’

She also sees winning the Blavatnik award as an opportunity to thank supportive colleagues and to showcase the inclusive culture of the University of York’s chemistry department. Penkman has been working part-time for the past seven years and feels that the department’s progressive policies have been essential to her success. ‘It makes such a difference to scientists who have some other dimension to their life, whether that be medical issues or disabilities or care responsibilities or whatever other factors might be in play.’

Penkman is also quick to attribute her success to having numerous collaborators including archaeologists, climatologists and Earth scientists. But when pressed to list her own strengths, she is more reticent. Yet her answer is certainly timely, even if not intentionally so. ‘I care about the detail. I’d rather spend longer and get it right. I generate a lot of data. Instead of running just one sample, I run five – I really want to make sure that what I’m seeing is a real signal.’ She acknowledges that her approach may have meant some things were slower to mature, ‘but at least when we’ve got it right, we’ve actually got it right’.