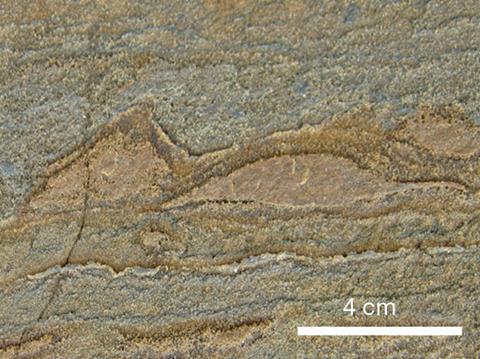 The fossil stromatolites, observable as peaks in the rock, are the oldest ever found

A collection of fossilised microbial structures discovered in Greenland are the earliest geological evidence of life yet – predating the next oldest by 220 million years.

Researchers found the fossil stromatolites – layered ‘peaks’ of sediment deposited by colonies of microorganisms – in 3.7 billion year-old rock formations. They say the finding supports molecular clock calculations that put the date of the origin of life on Earth more than 4 billion years ago, as it would have taken millions of years for the most primitive organisms to evolve into the kind of complex microbe communities able to produce stromatolites.

Previously, the oldest widely accepted fossil evidence of life were stromatolites found in 3.48 billion year-old rocks in western Australia, although researchers have also found evidence of biogenic carbon preserved within minerals that are more than 4 billion years old.