US agencies test less than 1% of chemicals

Only 250 of the 84,000 chemicals registered for commercial use in the US have been tested by government agencies

Less than 1% of the chemicals currently registered for commercial use in the US have undergone testing by government agencies, according to the Center for Effective Government (CEG). The Washington, DC-based non-profit revealed in a recent report that only 250 of the roughly 84,000 chemicals registered for the US market have undergone testing, and just nine of those substances have been restricted. 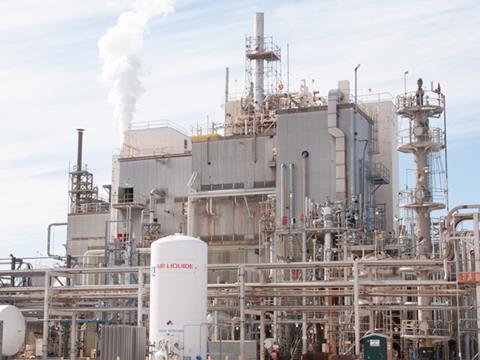 The Center for Effective Government warns that current penalties for safety violations are too lenient. In 2014, the average

In addition, CEG found that only 42% of the active chemical manufacturing plants in the US have been inspected in the last three to five years. Serious environmental or workplace safety violations were found in a quarter of those that were inspected, the organisation says.

As the number of older chemical production facilities grows in the US, the resources of state and local enforcement agencies appear to be shrinking. For example, since 2010 the enforcement budgets of the US Environmental Protection Agency (EPA) and the Occupational Safety and Health Administration (OSHA) have been slashed by 20% and 14% respectively, according to CEG.

The organisation also warns that the current penalties for safety violations are too lenient. Even if a worker is killed on the job, the maximum fine that OSHA can impose on a facility is $70,000 (£46,476) per violation, and the average fine following a worker’s death was just above $5,000 in fiscal year 2014, CEG says. That’s ‘a small cost of doing business for chemical companies that make billions in profits’, the group states.

In its report, CEG says more chemical manufacturing facilities should be regularly inspected, and calls for harsher penalties for those that violate safety and environmental standards. It also recommends that all companies shift to so-called ‘inherently safer chemicals and technologies’ when they are available. The US Chemical Safety Board (CSB) has said this could include using less explosive chemical blends, or storing smaller quantities of hazardous chemicals in fireproof concrete structures.

The American Chemistry Council (ACC), a chemical industry lobby group, says that enhancing safety continues to be one of the top priorities of its member companies, and objects to what it calls the CEG report’s ‘mischaracterisation’.The trade group notes that the US chemical industry invests more than $14 billion annually in environmental, health, safety and security programmes, and it says more than half of its member companies had no process safety incidents in 2014.

‘We believe that creating a specific regulatory mandate to adopt safer alternatives, as some groups have suggested, is unnecessary and would be counter-productive,’ the ACC states. Instead, it says, facility operators should be allowed to decide which combination of safety measures will deliver the best results.