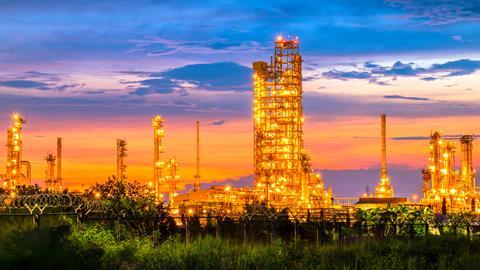 US chemical industry responsible for 25% of the country’s GDP

The chemical industry in the US was responsible for $5.2 trillion (£4.3 trillion) – or approximately a quarter of the country’s GDP – and employed 4.1 million people in the country in 2020, according to new analysis released by the US National Academies. The report, two years in the making, was drafted by a panel chaired by Mark Wrighton, a chemist and the president of George Washington University.

A report commissioned by the Royal Society of Chemistry and published in 2010 found that the chemical sciences contributed £258 billion to the UK’s economy – a fifth of the country’s GDP. The European Chemical Industry Council recently estimated that the UK chemicals industry annually invests more than £5.9 billion in R&D, which accounts for over 22% of the nation’s total spending in this area.

‘The role of chemistry in the US economy is extraordinarily large,’ Wrighton stated at the report’s launch. He emphasised that strengthening investment in chemical research could stimulate economic growth and at the same time advance environmental sustainability.

The report also concludes that chemical research has an ‘outsized economic value’ based on the spillover of chemical knowledge and products into other areas and the fact that chemical patents, as well as patents that rely on chemical knowledge, have a higher average value than other patents. Chemical patents accounted for 14% of all corporate patents between 2000 and 2020, while accounting for 23% of all value in the same time period.

The National Academies panel acknowledges, however, that analysing the economic impact of chemical research suffers from a lack of data, including patent value estimations, widely available licensing terms data and government grant data.

The National Academies recommends that all research grants and proposals involving chemistry should have an option to explain the ‘environmental impacts’ of the proposed research, under the ‘broader impacts’ statement. The panel suggests that such a statement should include a summary of potential environmental impacts, what is being done to mitigate those impacts and any outcomes from the research that will directly affect environmental sustainability.

The report further proposes that the US National Institute of Standards and Technology should work with the International Union of Pure and Applied Chemistry, the American Chemical Society, and other chemistry professional societies across the world to lead an effort that explores open-source, accessible, and standardised methods for chemical researchers to store, share, and use data from chemical experiments.

Once such standards and data repositories are established, its authors say, publishers should require researchers to submit all data related to reactions, measurements or other chemical experiments to these established open-source databanks.