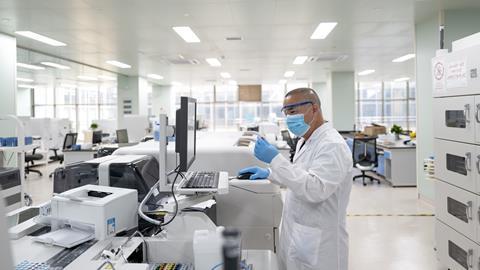 An analysis by Chinese researchers suggests that over 40% of items on the US export control list are scientific instruments required by China’s laboratory researchers. Of 12 categories defined by the US government, analytical instruments such as mass spectrometers, process laboratory equipment including tools used in the chemical and pharmaceutical sectors, and performance testing instruments such as particle size analysers are the most tightly controlled.

Export controls have been used as an instrument of US foreign policy for decades, but were significantly ramped up under the former President Donald Trump in 2018. Reports in the Chinese press suggest scientists are finding it increasingly difficult to buy research equipment from the US.

Names of many of the specialised items covered by the various export controls were not categorised as scientific instruments, so researchers at the Chinese Academy of Science in Beijing used natural language algorithms to identify them. They also carried out cluster analysis of the most frequently controlled instruments to map relationships between them and to determine where the choke points are in terms of their fields of application. Such controls, they say, ‘restrict the depth and level of [China’s] scientific research, industrial manufacturing and military development’.

Over 2000 items of process laboratory equipment were found to be subject to controls. They point to detailed technical indicators for lithography machines – critical in chip manufacture – ‘a hot area in the conflict between China and the United States in recent years’, and one where Chinese technology has not caught up. While medical diagnostic equipment is not subject to export controls, they recommend taking a long-term view and establishing large-scale research enterprises for fear that ‘after the Covid-19 pandemic in 2020, instruments and equipment in the fields of biochemical testing and virus vaccines may become areas of new control’.

Anna Puglisi, senior fellow at the Centre for Security and Emerging Technology (CEST) at Georgetown University in the US, says China has flagged scientific measurement technologies as ‘an Achilles heel – something they have to fix’. Such expertise can’t be developed quickly, however, she adds. ‘So much of it is about precision as well. So it’s the design, the application and how you get trained on [instruments]. That’s why China has such a big focus on talent programmes – to find those experts who can make sense of things, who have the soft skills to design an experiment using the instrumentation, and to train others on it.’

It’s hard to assess exactly what the consequences of the export controls are. However, Puglisi suggests that the very fact of it being highlighted implies an impact.

China’s most recent five-year plan, published in March, outlines an ambition to move away from dependence on imported technology.